Paul (4-0) was sent to the ropes by boxing debutant Woodley, who landed an overhand right in the fourth round to rattle the 24-year-old in Cleveland on Sunday.

“He’s a tough opponent … it was a tougher fight than I expected,” Paul said afterwards. “My legs felt weird since the locker room, I don’t know what’s wrong with me.

“All respect to Tyron, he’s a tough opponent. This is a dream come true.”

Paul was not happy one judge awarded the fight to Woodley, adding: “Let’s be honest, that’s bull****.

“Especially in my hometown. Like, where’s that judge at? He hit me with one [real] shot the whole fight.”

Woodley demanded a rematch post-bout, the 39-year-old saying: “I feel like I won the fight.

There has been talk of Paul facing heavyweight champion Tyson Fury’s younger brother Tommy (7-0) in his next boxing bout.

But Paul said: “I haven’t gone to the dentist, I haven’t gotten my haircut. My teeth are crooked, my nose is crooked, I may need to chill out for a bit. I’m still only 24.” 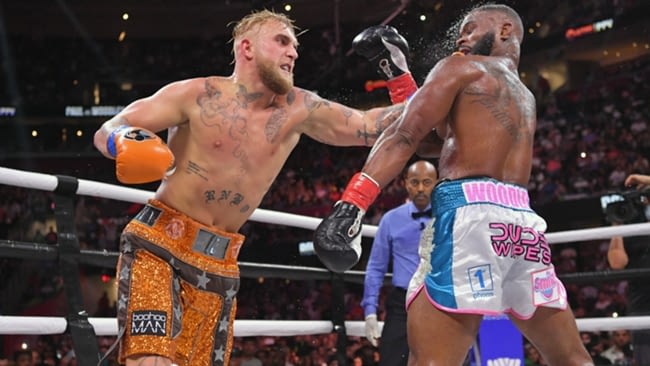