Sean Payton has confirmed Jameis Winston has got the nod over Taysom Hill to be the New Orleans Saints’ starting quarterback.

Winston has been charged with the task of succeeding future Hall of Famer Drew Brees, who ended his career last season as the all-time leader in passing yards with 80,358.

Hill filled in last season when Brees was absent due to injury and was vying with Winston to start against the Green Bay Packers on September 12.

Saints coach Payton said of Winston on Tuesday: “Both he and Taysom competed their tails off. We feel really good about that (QB) room.”

He added: “I can’t tell you how much I appreciate how both guys handled it [the battle to be starting QB].”

Payton stated that he has a “clear vision” of how the versatile Hill can help the Saints in the upcoming season.

Winston ended his Tampa Bay Buccaneers career in 2019 with a season that epitomised his frustrating inconsistency.

He led the league in passing yards with 5,109 but became the first quarterback in NFL history to throw for 30 touchdowns and 30 interceptions. His seven picks returned for touchdowns set a league record, too.

It could have been substantially worse for Winston. Per Stats Perform data, he ended the 2019 season with 46 pickable passes, with his interceptable pass percentage of 7.69 the highest of any quarterback with at least 100 attempts.

Meanwhile, Payton says the Saints are prepared for the prospect that they could be forced to operate away from New Orleans for as long as a month due to Hurricane Ida.

He revealed they have explored several college facilities that could be used for off-site preparations for at least four games at the start of the 2021 campaign. 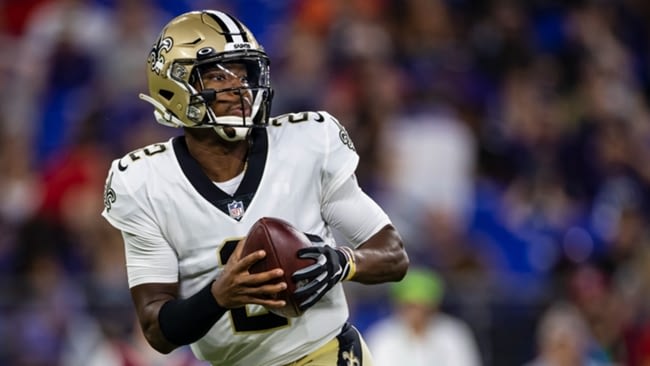