Former Red Bull driver Alex Albon
Christian Horner has revealed that Williams and Alfa Romeo have expressed an interest in signing Alex Albon for the 2022 Formula One season.

Albon lost his Red Bull seat to Sergio Perez at the end of last season and was relegated to the role of reserve driver.

With Kimi Raikkonen retiring and George Russell strongly fancied to replace Valtteri Bottas at Mercedes, Albon could be back on the grid next year.

Red Bull boss Horner hopes Albon gets another chance and will help the 25-year-old kickstart his career.

Horner said: “I think Alex, he deserves a seat in Formula One next year and I think there’s quite a bit of interest in him for next year and we’ll do whatever we can to try and enable that.

“I hope that nothing prevents him from realising one of those opportunities. He’s a talented driver; it’s subject to George moving. Kimi’s retiring – that does open up opportunities – so I am sure it will get resolved over the next week or so.

“We’re looking at external teams. Williams and Alfa have both expressed interest and yes, we’re keen to see him back racing in Formula One, and hopefully that can get resolved over the next few days.”

Horner added: “We’ll be supportive of [Albon] racing elsewhere. I hope that Mercedes don’t prevent that from happening. He deserves that chance. So, we’re doing our best to help him and we’ll see what happens.”

Mercedes team principal Toto Wolff insisted he would not stand in Albon’s way of a place on the grid despite their backing of Nyck de Vries, the 2019 Formula Two champion who is vying to make the step up.

“I would never block someone like Alex Albon,” said Wolff. “He’s a fantastic guy, personality is great, I was personally sad to see him going [in 2020], and if he has a chance in a Formula One car I think that’s the right thing to do.

“But equally, maybe Nyck has. So we’ll have to look at the open spaces at Alfa and at Williams and try to find a solution.” 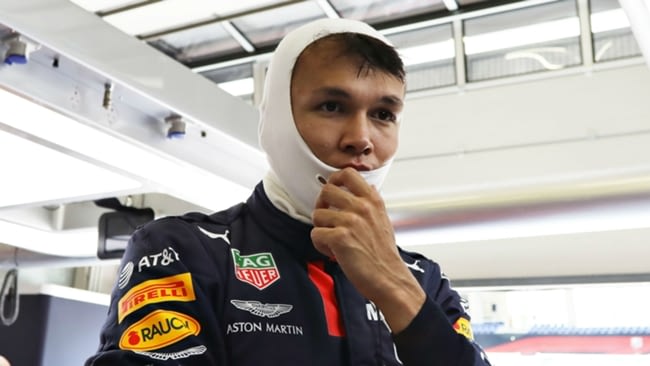