There is no shortage of suitors for Borussia Dortmund’s superstar striker with Manchester City, Chelsea, Liverpool, Manchester United, Barcelona, Real Madrid and Paris Saint-Germain having all been linked to his signature.

Haaland penned a four-and-a-half-year deal with Dortmund when he joined in January 2020, but he looks set to be on the move next year as a reported €75m (£66m) release clause comes into effect.

The lure of Haaland is simple to see. Since making his debut for Dortmund only Robert Lewandowski (61) and Cristiano Ronaldo (50) have registered more than his 43 goals across Europe’s top five leagues.

In the Champions League only Lewandowski has matched his tally of 20 since the Leeds-born striker made his debut in Europe’s premier club competition.

The race for his signature is sure to hot up over the coming months but former Arsenal boss Wenger is sure he will head to England.

“I think that will happen. The economic power of the Premier League is too strong,” Wenger told Bild.

Wenger expects Haaland and PSG striker Kylian Mbappe – reportedly the subject of a huge deadline-day bid from Real Madrid – to continue to be prolific for years to come.

“Haaland is likely to be the next high-profile goalscorer after Mbappe. He’s a super talent,” Wenger added.

“His ambition, his will to score goals and the ability to fight in a duel [set him apart]. He’s there and wants to win, there is something in him that is great for a striker.” 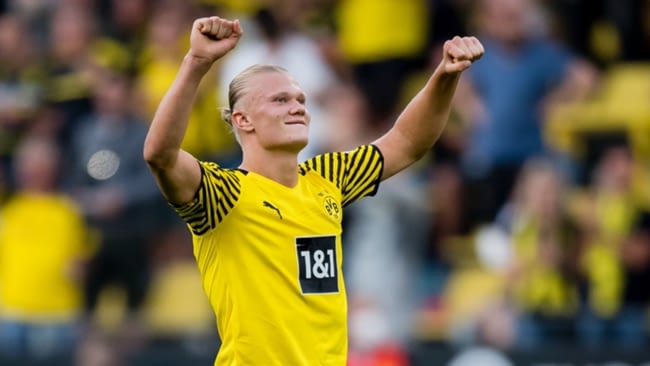