A Belgian Grand Prix washout only increased the intrigue in the two biggest battles in Formula One this season ahead of a return to Zandvoort.

The Dutch GP is back on the calendar for the first time since 1985 – when only three drivers on the current grid had been born.

There should be more racing this week than at Spa, where rain wrecked the weekend, and plenty of drama is in store.

The two biggest beneficiaries from the two-lap procession last time out were Max Verstappen and George Russell.

Verstappen closed to within three points of Lewis Hamilton thanks to his position on pole, while Russell claimed a first career podium as he bids to beat Valtteri Bottas to the second Mercedes seat.

Existing Silver Arrows stars Hamilton and Bottas will aim to respond on Sunday, although time may have run out for the Finn to make his mark.

Verstappen just pipped Russell to pole on Saturday at Spa but could not have known then how crucial that final dash would prove.

Sunday’s race was delayed and delayed by awful weather, finally starting under the safety car only for a red flag to bring the drivers in once more.

With two laps fulfilled, it was enough to declare a result, giving Verstappen a precious win and Russell an improbable podium.

Until the Hungarian GP, immediately prior to the mid-season break, Russell’s only F1 points had come in Hamilton’s Mercedes as a reserve last season.

But an eighth-placed finish was followed by his best result yet, capping a great weekend for Williams, who also had Nicholas Latifi in the points for a second straight race.

Bottas was at Williams, alongside Felipe Massa, the last time they had two drivers do that back in 2016, but the team are eager to see Russell now get his chance at Mercedes.

Toto Wolff confirmed in Belgium the call had been made on their 2022 driver, and Williams team principal Jost Capito told Channel 4 of Russell: “I do not want to hang on to him.

“And I am convinced he will come back in a couple of years and win the championship with us.”

WHAT TO EXPECT IN THE NETHERLANDS

Some racing would be nice, and Hamilton and Bottas will not be the only men out to make amends.

Lando Norris’ crash in qualifying cost him dear as he was unable to recover on race day, finishing 14th to continue a mini-slump after retiring in Hungary.

Focus will again be on the top two and on Russell, though.

With Williams having collected more points from their past two grands prix (20) than their previous 71 (15), he will be eyeing another unlikely challenge.

Russell could become the first Williams driver to claim consecutive podiums since Bottas’ three in a row in 2014.

“Obviously off the back of last weekend in Spa, everyone just wants to get racing again and put on a show for all of the supporters at the circuit and for those watching around the world on TV,” he said.

Return to form for Ferrari? – Back when Zandvoort was a regular on the F1 calendar, Ferrari registered more wins (eight), fastest laps (10) and podiums (24) than any other team at the Dutch GP.

Max out to make history – Verstappen could become the first Dutch driver ever to celebrate a win in his own country in F1. It would be only the third home Benelux win after Verstappen’s triumph in Belgium and Jacky Ickx’s 1971 Dutch GP success.

Red Bull front row regulars – After Spa, Red Bull have as many pole positions this season (six) as in the rest of the hybrid era combined. Another would take them level with Lotus on 47 all-time, tied fifth.

Hamilton hunting milestones – Still one win shy of 100 in F1, victory would also see Hamilton become the first driver to 4,000 points and give him his 175th podium.

Another to tick off – Hamilton has wins (29) and pole positions (30) at the most different circuits as he prepares to tackle his 34th. Meanwhile, fellow Zandvoort debutant Fernando Alonso has earned points at each of the prior 32 tracks at which he has appeared. 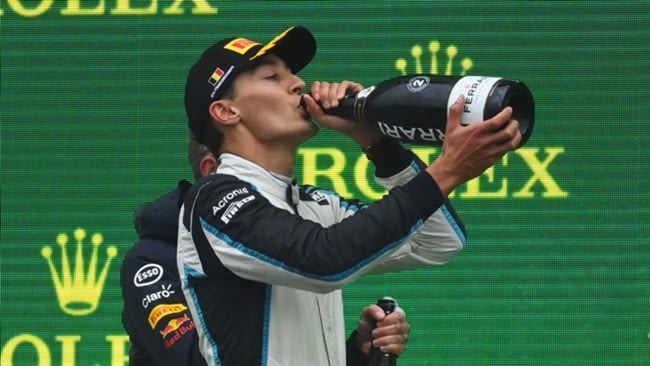