A grinning Max Verstappen celebrated taking a home Dutch Grand Prix pole ahead of Lewis Hamilton on Saturday, while George Russell and Williams endured a day to forget.

Verstappen is only three points behind Formula One world championship leader and defending champion Lewis Hamilton after last week’s controversial Belgian GP, and he has the backing of a fervent crowd this weekend.

No Dutch driver has ever won this event, but Verstappen will attack the race from pole position on its return after 35 years away.

The Red Bull superstar edged out Hamilton, who recovered well from missing a session on Saturday after breaking down, and another Mercedes in Valtteri Bottas.

Sergio Perez failed to even escape Q1, though, meaning Verstappen will not have the support of his team-mate at the front of the grid.

“It’s an amazing feeling of course to get pole position here,” Verstappen said over a significant din. “The crowd is incredible, and today was very enjoyable.

“The car was really nice to drive, and this track as well for qualifying, once the fuel comes out, it’s really cool.”

Verstappen had escaped a penalty for a potential red-flag breach when overtaking Lance Stroll in FP2 on Saturday.

And pole is set to be especially important at Zandvoort, where overtaking is always difficult.

The Dutchman’s final run of one minute and 8.885 seconds increased his Q3 advantage, but Hamilton’s late dash – 0.038 seconds slower – at least put him on the front row, enjoying a better outing than countryman Russell, who was second last time out.

It had looked like being another positive day for Williams – even with team principal Jost Capito absent as a precaution after contact with Kimi Raikkonen prior to his positive coronavirus test.

The team came into this race having had both drivers collect points in back-to-back races for the first time since 2016.

And Russell and Nicholas Latifi each again advanced through to Q2.

But there their day took a turn, with Russell prompting a first red flag when he lost the rear of his car heading into the final corner.

The short delay did not give the Briton enough time to resume the session, as he explained there was “a bit of damage on the rear suspension” but “nothing the guys won’t be able to fix overnight”.

Russell told Sky Sports: “We weren’t quite on the pace this week as much as we would have hoped, and I was on a really good lap.

“I was just pushing too hard and ultimately just attacked that last corner too much and lost the rear. I’m sorry to the team, because that’s not how we wanted to end qualifying.”

By the time Russell faced the media, the session had been disrupted again, with team-mate Latifi careering into the barrier.

That brought a premature end to Q2 that at least gave Russell P11 as a consolation, knocking Lando Norris out. 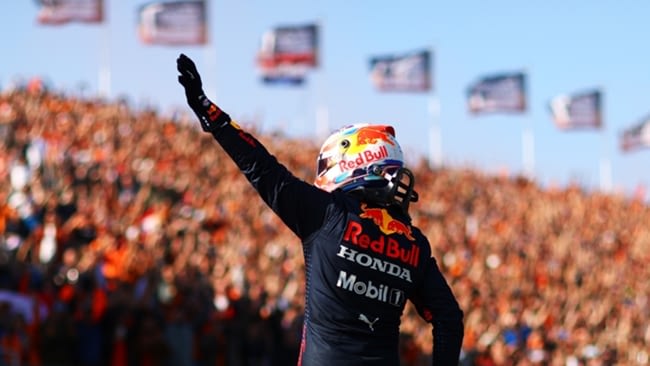