Stefanos Tsitsipas has defended his “personal need” for long bathroom breaks after being jeered during his four-set second round win over Adrian Mannarino at the US Open on Wednesday.

The world No3 triumphed 6-3 6-4 6-7 6-0 but was booed by the Arthur Ashe Stadium crowd after taking a bathroom break which exceeded seven minutes.

The Greek was criticized by Andy Murray, who said he lost respect for Tsitsipas after taking a lengthy break ahead of the final set in their five-set first round epic on Monday.

Alexander Zverev weighed in on the discussion, claiming Tsitsipas was communicating with his coach during his bathroom breaks, labelling them “ridiculous” and saying he had broken an “unwritten law”.

Tsitsipas reverted to the rule book in his defence after beating Mannarino, insisting he had done nothing illegal and longer breaks were part of his “personal needs”.

“It’s just my personal needs,” Tsitsipas told reporters. “Some people have other needs. Some people take much more than 25 seconds between points, which is fair.

“I’ve done everything the right way. If I haven’t I should be penalized. I completely agree with it. I should get a fine or be penalized if I haven’t followed whatever I’ve done correctly. But as far as I know, it is a necessity, it is a need when I’m out there playing and performing.”

Tsitsipas said he felt fans who booed and jeered did not understand the game or his need to take longer bathroom breaks.

“I haven’t done anything wrong so I don’t understand,” he said. “The people love the sport, they come to watch tennis. I have nothing against them. But some people don’t understand. They haven’t played tennis at high level to understand how much effort and how much difficult it is to do what we are doing.”

He added: “It is important. First of all, you carry less weight on you with all the sweat. You feel rejuvenated, you feel fresh, and you don’t have all the sweat bothering you and coming in your face, on your fingers, everywhere all over your body. It makes you feel better.

“For me it is important to take that break. For someone else probably not. And everyone has his own time. I try and be as quick as I can. Sometimes I just need a bit more time.”

Fact of the day. It takes Stefanos Tsitipas twice as long to go the bathroom as it takes Jeff Bazos to fly into space. Interesting. 🚽

Tsitsipas added that he was taken aback by the public criticism from Murray and Zverev.

“I never complain of what other players do,” the 23-year-old French Open runner-up said. “My parents have taught me not to watch other people’s business and concentrate on myself. Do my job.

“I just don’t understand when some players go and criticize other players, or during a match they put too much emphasis on it.”

There have been calls for a hard cap on the permitted time for bathroom breaks, which American Sloane Stephens agreed with, speaking after her straight-sets win over 21st seed Coco Cauff.

“I don’t think you should be gone from the court for six-eight minutes,” Stephens said. “It’s a long time to leave a match. That changes the whole momentum of a match.

“I can’t speak for what happened in that match, but I do know on the girls’ side, there still is a lot of that. It’s gamesmanship.

“I think there definitely needs to be a rule or changes. They make a lot of rule changes for smaller things, like they took one minute off the warmup. If someone goes to the bathroom for nine minutes, no one says anything.” 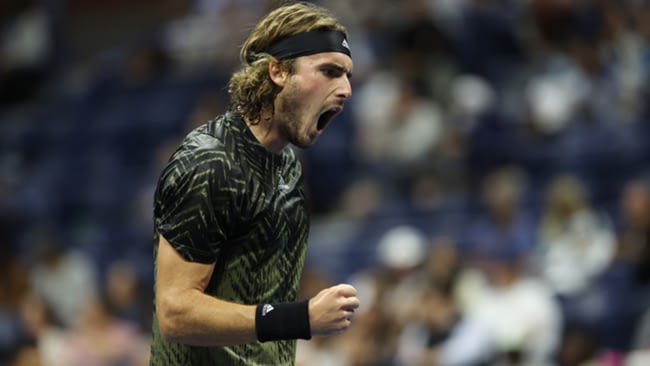