Sloane Stephens has detailed the online abuse she received after exiting the US Open to Angelique Kerber.

Stephens, who won at Flushing Meadows in 2017, was beaten 5-7 6-2 6-3 in the third round on Friday by three-time major champion Kerber.

The American had defeated outstanding teenager Coco Gauff in her previous match but could not maintain a title challenge in New York.

It was a defeat that prompted a shocking response on social media, Stephens revealed on Saturday.

“I am human,” she wrote on her Instagram story. “After last night’s match I got [more than 2,000] messages of abuse/anger from people upset by yesterday’s result.

Stephens then shared screenshots of a series of threatening, racist and misogynistic messages aimed in her direction.

She added: “This type of hate is so exhausting and never ending. This isn’t talked about enough, but it really freaking sucks…

“I’m happy to have people in my corner who support me. I’m choosing positive vibes over negative ones.

“I choose to show you guys happiness on here, but it’s not always smiles and roses.” 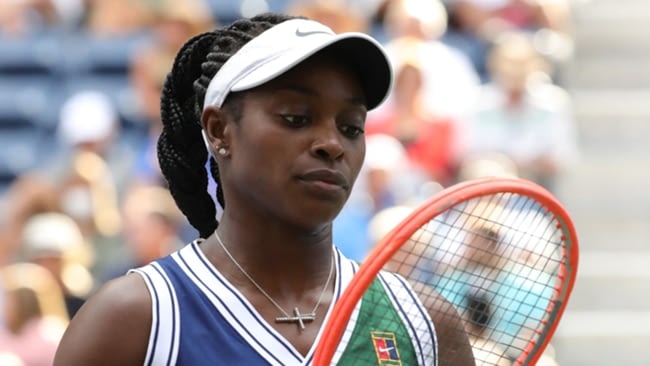