Alexander Zverev of Germany returns against Jack Sock
Tokyo Olympic gold medalist Alexander Zverev refused to get carried away about his chances of winning his maiden major title despite easing into the US Open fourth round on Saturday.

The German fourth seed was leading 3-6 6-2 6-3 2-1 when Jack Sock withdrew with a groin issue which had been plaguing him throughout the match.

Reigning champion Dominic Thiem along with Rafael Nadal and Roger Federer all withdrew from the US Open prior to the tournament, opening the door for a first time winner.

“I’m on a 14-match winning streak now,” Zverev said during his on-court interview. “I’m playing well. That’s all I want to say, I don’t want to say anything else.

“I think my fourth-round match against Jannik Sinner is going to be extremely entertaining because he’s a young guy that is very hungry and I feel like that’s going to be a high-level match.”

Zverev also spoke about his drive to succeed at majors, having struggled earlier in his career.

The German was runner-up at last year’s US Open and made the semi-finals at this year’s French Open and last year’s Australian Open.

Zverev’s hopes for going deep at Flushing Meadows will be aided by the premature end to his match with Sock, having won in straight sets in the first two rounds over Sam Querrey and Albert Ramos Vinolas.

The Olympics gold medalist was full of praise for Sock, who has been plagued by injuries, after a dominant opening set.

“Jack I think played the best set of tennis I’ve ever seen him play,” Zverev said. “I did one unforced error in the whole set and I lost it, 6-3, without having really any chances.

“If he would have kept it up I probably would not have won the match… Afterwards when he gets injured, it’s a shame because otherwise it would have been an incredible match I think.” 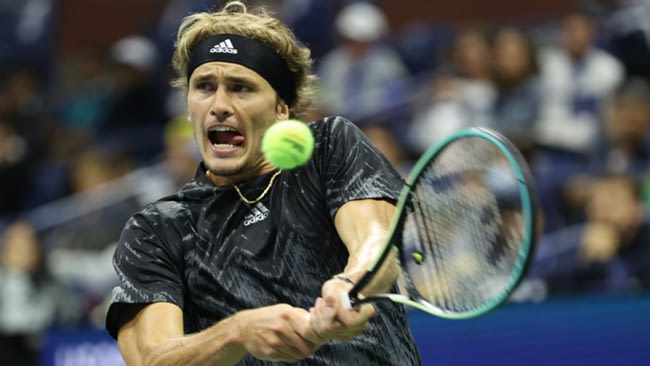