World No1 Novak Djokovic is embracing the weight of personal and external expectations in pursuit of history after advancing to the US Open second round.

Djokovic’s quest to become only the third man to complete a calendar Grand Slam and first since 1969 started with a 6-1 6-7 6-2 6-1 victory over Holger Rune on Tuesday.

The Serb star – also looking to win a record 21st men’s slam crown, which would break a tie with absent pair Rafael Nadal and Roger Federer – made a dominant start before qualifier Rune levelled the match, much to the delight of the Arthur Ashe crowd.

But Rune, who was making his grand-slam main-draw debut, faded dramatically due to cramps as the 18-year-old’s worsening physical condition gifted Djokovic the third and fourth sets en route to the second round.

Sympathetic of Rune’s situation after the energetic teenager could barely move following the second set tie-break, Djokovic was then asked about his biggest obstacle entering the Flushing Meadows tournament.

“I guess as always you have tons of expectations and pressure from just the whole tennis community, including myself,” Djokovic, who is back in New York for the first time since he was sensationally thrown out of the US Open last year after accidentally hitting a line judge in the throat with a tennis ball, told reporters.

“Obviously I would like myself to win, to go far, to win the title and make the history. Without a doubt that’s something that inspires me.

“But I am focused on trying to be the best version of myself every day. I know it sounds like a cliche, but there is a great power in being present and working on mentally and emotionally being in the moment and trying to handle it in such way that would benefit you.”

Djokovic, who will face Dutchman Tallon Griekspoor after improving his US Open record to 16-0 in the opening round, added: “I have my own routines that differs probably from all the other guys. I just try to do things, surround myself with people, have a trajectory and journey in this tournament that suits me, that I know has worked in the past.

“There are things that you can always rely on, go back to when you are experiencing a little bit of a turbulence in terms of emotions on the court or off the court. When it gets too much, then I’ve developed a mechanism where I feel like I can mentally handle that.

“But it’s not a guarantee, right? I do have a formula for many years that has worked well for me, that got me to where I am. At the same time, it’s not necessarily a guarantee that it will work every single time.

“Of course, you have to be flexible, open-minded, and rely also on your environment and the people that support you, that are there for you, so they can deflect also some of the things that are coming in off the court that you don’t need to think about, handle, and just focus on what matters these few weeks.” 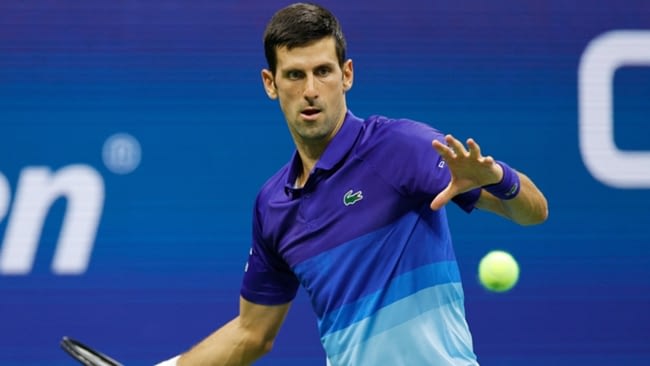