World number one Djokovic took another stride towards a first calendar Grand Slam and a record 21st major title by beating Dutchman Griekspoor 6-2 6-3 6-2 in the second round on Thursday.

Top seed Djokovic, who will face Kei Nishikori in the third round, had to contend with a member of the crowd trying to unsettle him in Arthur Ashe Stadium.

He shouted as the Serb went for an overhead smash that he missed and continued to be vocal during points, prompting Djokovic to express his grievances with the chair umpire.

Djokovic feels it is important to make it clear that sort of behaviour should not be tolerated.

“When tennis players talk about that, someone who is watching team sports would say, ‘What a spoiled brat’,” the three-time US Open champion said.

“But it’s a different sport. Look, there’s a lot of noise happening on the stadium, particularly in the night sessions. I don’t mind that.

“Even sometimes during the point it happens that people out of excitement, they just scream, or they release like a sound or whatever, sigh, whatever you call it. And that’s fine.

“But if someone intentionally does it over and over again, then I have tolerance up to a certain point, then it’s not correct, then it’s not fine. It’s not fair. I feel like it’s not good for us players.

“I mean, particularly that guy for some reason was calling, raising the sound and kind of screaming just before I would hit my smash, which was a big point. Before that he would do [it] a few times. After that again.

“That wasn’t nice. That’s all. I don’t mind the noise. Don’t get me wrong. I think it’s important for the entertainment, for the crowds, the music.

“I get it. But if someone does it over and over again, particularly when you are at his side, he knows why he’s doing it. The guy that I pointed out, he knew exactly what he was doing, and that’s all.” 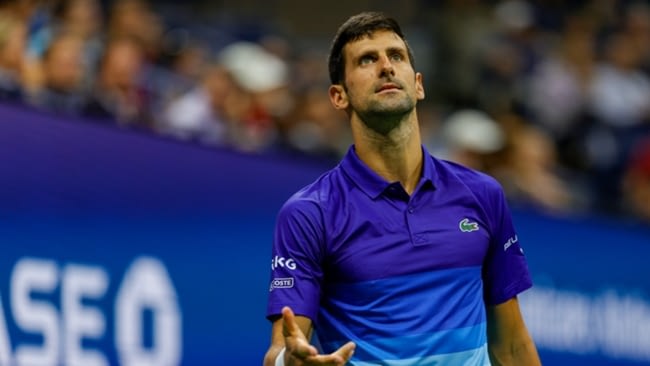