Tobin Heath has signed for Arsenal
Arsenal Women have confirmed the signing of United States star Tobin Heath on a free transfer.

Heath, who spent last season at Manchester United, has won the World Cup twice and also has Olympic gold medals.

Prior to her move to United in 2020, Heath had spent seven years with the Portland Thorns and had a spell with Paris Saint-Germain.

“Tobin’s record speaks for itself. She’s an incredibly talented player who will bring so much experience to our squad,” said Arsenal’s head coach Jonas Eidevall.

“This is an exciting time for the club, and I’m delighted we could secure Tobin’s signing as we prepare to kick off the new season at Emirates Stadium on Sunday.”

Heath, who plays on the wing or up front, scored four league goals for United last term. Arsenal’s first game of the new season sees them take on champions Chelsea. 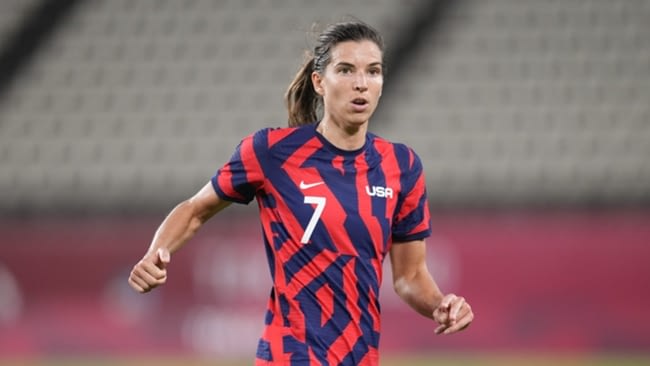