Chelsea star Callum Hudson-Odoi is in the spotlight today
While international football currently dominates the headlines, plenty of players will already be relishing the return of domestic action next week.

Today, we look at five Premier League starlets who are ready to shine on loan as well as considering what the future holds for Chelsea youngster Callum Hudson-Odoi.

Loan rangers
Progressing through the ranks at a Premier League club can be a ruthless business, with opportunities for academy products to impress often proving limited.

However, playing first-team football is a must for any budding star hoping to develop — which is when the loan market comes to the fore.

We have rounded up some of the top flight’s most prodigious young talents hoping to impress their parent clubs with a breakout 2021-22 campaign.

What next for Hudson-Odoi?
Despite being pursued by Bayern Munich and starring for England aged only 18, things have not exactly gone to plan in recent times for Chelsea winger Hudson-Odoi.

The 20-year-old is yet to play a single minute for Thomas Tuchel’s side this term but saw a deadline day loan move to Borussia Dortmund blocked, with the club opting to keep him in their ranks instead.

Now seemingly faced with the tough task of breaking back into the Blues’ starting XI, what does the future hold for the youngster at Stamford Bridge? 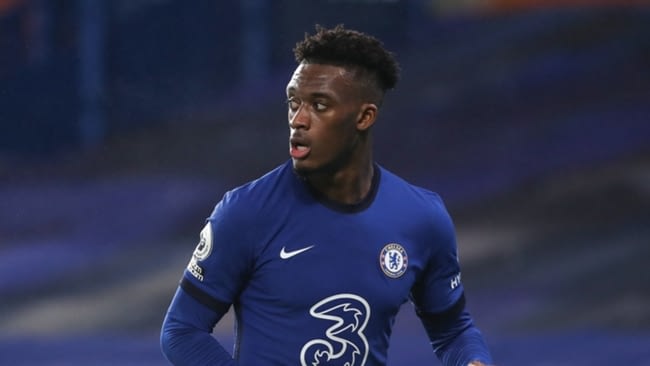