Tottenham’s new signing Emerson Royal
Emerson Royal feels “hurt” by the way he was forced out of Barcelona after the defender completed a move to Tottenham.

The full-back joined Spurs in a deal worth £21.5million on transfer deadline day, signing a five-year contract.

Emerson’s move came just under three months after Barca exercised the option to sign him from Real Betis, where he had spent the past two and a half years.

The 22-year-old started in the 2-1 LaLiga win at Getafe last weekend and feels he has been poorly treated by the cash-strapped Catalan giants.

“It hurts me to go out like this because I knew that in my best form I could bring a lot of joy to the fans,” he told Marca. “I leave with the feeling that one day I will return to give that joy to the fans.”

Asked if he felt used by Barca, he replied: “Used is not the word, but it did hurt me. They could have done things differently. There were better ways to fix things.”

Emerson revealed he was told on Monday the club were planning to sell him.

He said: “I thought the club wanted me to stay. I played on Sunday as a starter, the next day I woke up and went to train.

“There I already began to see that a lot of things were coming out; that Tottenham were talking to Barcelona, ​​that they had almost done it… I didn’t understand anything about what was happening because I didn’t know anything.

“In the afternoon the club called me to go to the Ciudad Deportiva because they wanted to talk to me and there, I found out that they wanted to sell me.

“I met the leaders of the club. They began to tell me that the club’s situation was not good, that it was going through a difficult time and that it was better for them to sell.

“I repeated to them that my intention was to stay because I had the dream of playing here and contributing things to Barcelona.

“I knew that if I was in my best shape I was going to succeed here. I am smart and there came a time when I realised that they were definitely telling me to go. They were kicking me out with very good words.”

Emerson played the most minutes of any Betis player in all competitions last season (3,186).

He ranked second at Betis for recoveries (163), third for chances created from open play (30) and second for successful duels (246) 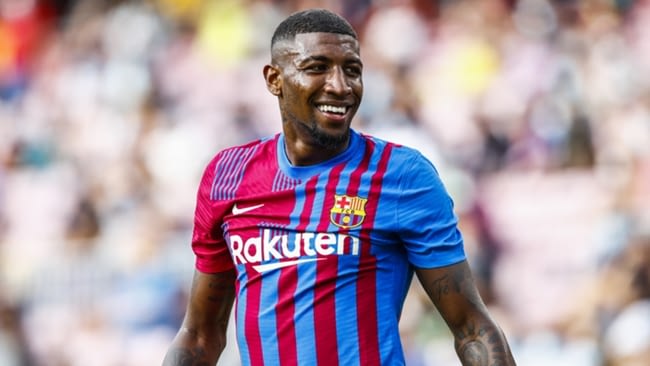