England boss Gareth Southgate wants his players to receive due credit
Gareth Southgate revealed his England stars are fed up of racism controversies overshadowing their strong performances – but vowed they would not back down.

England are on a high after reaching the semi-finals of the 2018 World Cup, the same stage in the Nations League, and then marching to the Euro 2020 final.

It should be a time when their achievements are being splashed across coverage of the team.

Yet the disgusting treatment that England’s black players have frequently received at away games has meant the team’s positive results have been accompanied by reporting of the problems they have encountered, often overshadowing on-field success.

FIFA has launched an investigation and opened disciplinary proceedings against the Hungarian FA after England players were targeted as Southgate’s team won 4-0 in Budapest on Thursday.

England should be on safe ground in such regard when they face Andorra in a World Cup qualifier at Wembley on Sunday, which will come as a relief to the head coach, who says progress in banishing the bigots has been “very slow”.

Asked about how well Raheem Sterling and Jude Bellingham had handled the abuse in Hungary, Southgate said: “I don’t know how many camps we’ve had in the past four years, but I seem to have been talking about this subject almost every time we’ve been together. I can only reiterate our players are incredibly mature the way they deal with it.

“They feel supported by their team-mates, which is very important to them, and their team-mates recognise how challenging it must be for our black players and how disappointing it is in the modern world that we continue to have to answer these questions because of the incidents that happen.

“But we can only keep taking the stance that we have done and hope we continue to send the right messages, not only to people in football but across society, and that everybody keeps progressing.

“We know it’s going to take time and we know it feels very slow for everybody, but we have to keep fighting that battle.

“There’s a balance there that the lads want to get on with their football, and as much as it’s important we talk about this publicly, they don’t necessarily want it to be uppermost in the conversation.

“They want their performances on the pitch to be recognised, and when you’ve played as our lads did the other night, they want to be talking about how well they’ve played and that is the thing that they’re here to do.

“They recognise their wider responsibilities and at the right moments they want to affect those things, but when they’re playing they want to be judged on their play.”

England have won all four of their previous matches against Andorra by an aggregate score of 16-0, with this their first match against them since a 6-0 home win under Fabio Capello in June 2009.

A typically comfortable England win can reasonably be expected for their latest meeting, with Andorra having lost 55 of their 57 away qualifying matches for the World Cup and European Championship, drawing against Macedonia in 2005 and against Albania in 2019 in the two games where they have avoided defeat.

Andorra did manage a 2-0 victory over San Marino on Thursday, however, while England were solidifying their status as Group I front-runners in Hungary.

Southgate confirmed Wolves defender Conor Coady would start against Andorra but declined to offer any further morsels about the make-up of his team.

Leeds United striker Patrick Bamford could make his England debut, and Southgate urged him to make the most of any opportunity he gets.

“It’s a special moment for him and his family,” said the England boss. “We want him to do what he does every week with his club. I think he’s got a really clear picture of how we like to play.

“We just want him to go and enjoy his football. We know what he’s capable of and we’re looking forward to seeing him play.” 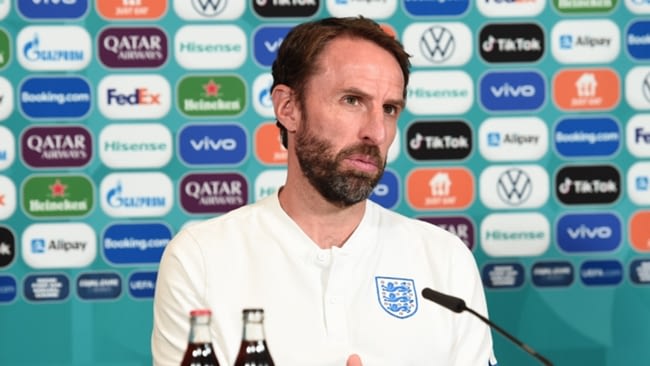