England’s tactics are similar to those of Liverpool and European champions Chelsea, so says Gareth Southgate.

The Three Lions reached the final of Euro 2020, only to lose on penalties to Italy after a 1-1 draw at Wembley after extra time.

With a squad packed with attacking talent at his disposal, Southgate often faced clamour to find a way to fit as many of Harry Kane, Raheem Sterling, Jadon Sancho, Jack Grealish and Phil Foden into his starting XI as possible.

While all those players played their part, Southgate started every game with a holding pivot of Declan Rice and Kalvin Phillips in midfield, with England lining up in a back three in the final itself.

England, who had the tightest defence at Euro 2020, conceding just two goals, were outshot by 19 to six in that match, with Luke Shaw’s early goal their only attempt until Harry Kane headed over in the 58th minute.

Southgate’s team are back in action on Thursday, facing Hungary in World Cup Qualifying Group I – England sit top with nine points from their three games so far.

Asked once again if he feels he has at times been too conservative with his approach, Southgate told a news conference: “I’m always looking at Chelsea who are the Champions League winners who play three attacking players.

“Liverpool play three attacking players normally. So what is required to win football matches at the very highest level? Most teams will get four in if they played two wide players, a 10 and a nine, or three forwards and an attacking eight.

“I don’t see too many teams in world football who win things playing with five attacking players who have no tactical discipline or who have no balance to the team, so of course I understand people want to see exciting players. I get that. I think our goalscoring record is pretty strong compared to other nations.

“The teams that have won tournaments in the past were averaging 12 goals in those tournaments. We had 11, Italy got 13. We weren’t far away on that. I think we play good football.

“I think we build the game. We retain possession of the ball. We need to do that better in the biggest matches when we are pressed intensely, without a doubt. But we can’t get every attacking player on the pitch and some of them still have a long way to go to being the finished article.

“We’ve got lots of guys with good reputations who haven’t as yet necessarily won things with their clubs and who still have a lot to prove. That’s going to be interesting to watch all those journeys this year, with us and with their clubs.”

How did England perform in attack at Euro 2020?

While Southgate will rightly point to reaching a World Cup semi-final and then taking England to their first major tournament final since 1966 as evidence of the outstanding progress made, some questioning of his attacking plan does seem justified, however, based on the numbers from Euro 2020.

England did indeed score only two goals less than Italy at Euro 2020, with the Azzurri joint-top in that regard alongside semi-finalists Spain.

In terms of total chances created, England ranked fifth with 48, way behind leaders Italy (104), with Spain (86), Denmark (71) and Switzerland (52) also ahead of Southgate’s team.

However, only Spain created more big chances – those defined by Opta as a situation where a player should reasonably be expected to score – than England’s tally of 16, with the Three Lions converting half of these opportunities.

A total of 189 passes or crosses into the area also ranked England behind the other three teams to make it to the semi-finals.

Italy, Spain, Denmark and Switzerland all had more shots than England, despite there of them playing fewer matches, while nine teams scored at a faster rate (England managed a goal every 57.27 minutes, whereas tournament leaders Spain recorded a strike every 41.54 minutes).

Only Belgium recorded a better shot conversion rate than England, though. 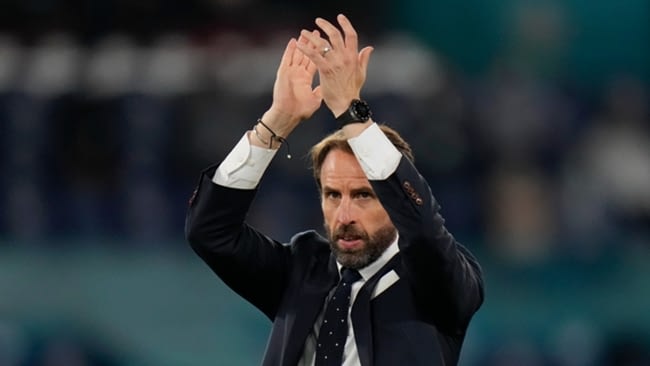