Jadon Sancho has withdrawn from England’s squad after sustaining a minor knock.

England thrashed Hungary 4-0 in Budapest on Thursday as they made it four wins from four games in World Cup qualifying.

Sancho, who left Borussia Dortmund to join Manchester United ahead of the 2021-22 season, was not involved at the Puskas Arena after suffering an injury in training.

The winger will now not feature in the upcoming matches against Andorra and Poland either.

England confirmed on Saturday that the 21-year-old had returned to his club but is expected to be fit for the Red Devils’ clash with Newcastle United on September 11.

Gareth Southgate, who sees his side face Andorra on Sunday and Poland on Wednesday, was already without Dominic Calvert-Lewin, the Everton striker having pulled out due to a thigh injury. 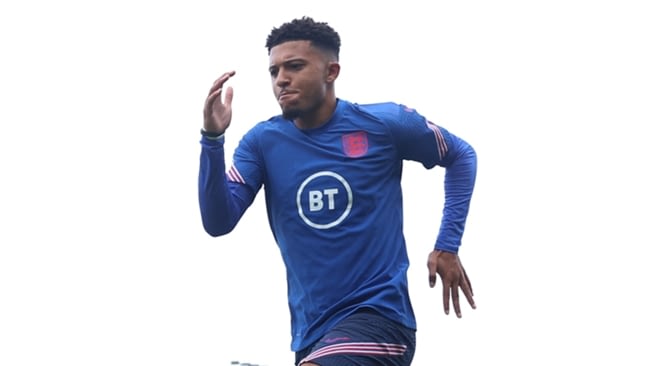