Kylian Mbappe and Erling Haaland could team up at Real Madrid
Real Madrid have not given up on their hopes of adding Kylian Mbappe.

He will be a top priority for Carlo Ancelotti following the 2021-22 season.

But could Los Blancos add two stars for the price of one?

Real Madrid will be the favourites to land Kylian Mbappe following the season if he does not reach a new deal with Paris Saint-Germain, but they will not be content adding only him.

According to Marca, Erling Haaland is also a prime target at the Santiago Bernabeu and Madrid could pursue both players.

Mbappe would be available on a free and Haaland could be had from Borussia Dortmund via his €75million release clause.

– Declan Rice expects to leave West Ham after the season, according to 90min, which reports he has asked the club to include a release clause in any new contract offer the Hammers might make.

– Juventus declined the opportunity to sign Edinson Cavani from Manchester United after Cristiano Ronaldo’s move in the other direction, the Mirror reports.

– Former Tottenham right-back Serge Aurier prefers to remain in the Premier League and could end up at Arsenal, according to Sky Sports. The Ivory Coast international and Spurs terminated his contract by mutual consent this week.

– Nicolas Nkoulou could be an option for Lazio if they cannot sign David Luiz, reports Calciomercato. 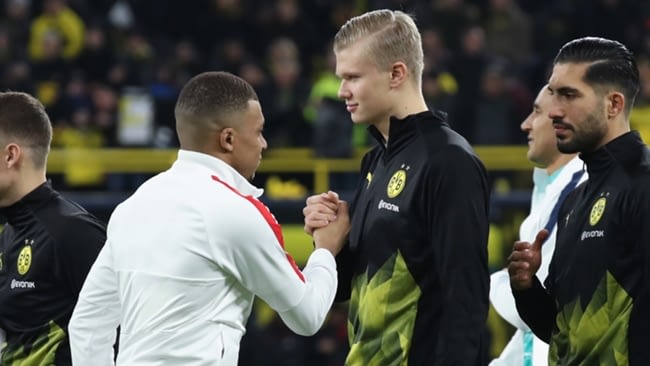