Cristiano Ronaldo declared that surpassing Ali Daei as the most prolific player in men's international football is "another record for the museum".

The five-time Ballon d'Or winner drew level with Iran great on 109 international goals during Euro 2020 but had to wait until Wednesday to make top spot his own.

After seeing a first-half penalty saved in the World Cup qualifier against the Republic of Ireland at the Estadio Algarve, Ronaldo restored parity with his landmark goal in the 89th minute.

The Portugal captain then steered home a header deep in second-half stoppage time to complete a 2-1 turnaround win for the hosts.

"It's another record for the museum," Ronaldo told RTP, as quoted by Diario Record.

"I don't know if anyone has more records than me, but this is mine and it's unique. I'm extremely happy.

"The secret is the motivation and the desire to continue playing football. It's getting up every day with a desire to do better, to make the fans, the family, my children happy.

"I dedicate it to all Portuguese people, to the team, to my family."

John Egan put Ireland ahead on the stroke of half-time after 19-year-old goalkeeper Gavin Bazunu made Ronaldo wait for his crowning moment by keeping out his spot-kick.

But the 36-year-old was not to be denied and guided in two headers in the space of seven minutes to make history.

"Ten minutes from the end, I asked for the support of the fans because when you're playing at home and the team are not combining on the pitch, the help of the fans is essential. They gave us strength.

"I'm happy to score two goals, very happy to break the record, but the most important thing was the team."

Ronaldo was making his first appearance since his return to Manchester United from Juventus was confirmed, and he is looking forward to getting back to Old Trafford.

"I am very happy to be returning home, to a club I've always loved," he added. "I have a few more years left in my career and I still want to shine and get back to the best football, which is in the Premier League." 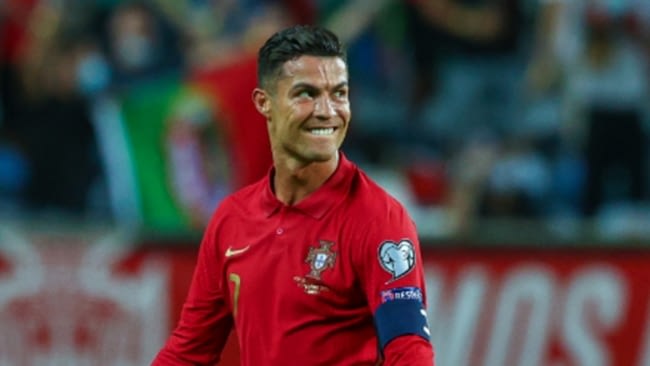