Manchester United have confirmed Cristiano Ronaldo will wear the No7 shirt this season.

Ronaldo, who broke Ali Daei’s long-standing record of international goals with a double for Portugal against the Republic of Ireland on Wednesday, rejoined United in a sensational transfer from Juventus at the end of the transfer window.

The superstar forward, who has been released from international duty, wore the iconic jersey during his first stint at Old Trafford, which ended in 2009.

He wore No9 during his first season at Real Madrid, before taking No7 after club legend Raul left for Schalke in 2010.

Ronaldo has since worn that number in every season for both Real and Juventus, as well as for Portugal.

But there was some doubt over whether he would be able to take the shirt upon his return to Manchester, with United having already confirmed their squad numbers.

Edinson Cavani previously wore the number and the Uruguay forward made his first appearance of the season against Wolves last time out.

Reports suggested United would seek special dispensation from the Premier League to alter their squad numbers.

And Ronaldo has now been handed the famous number previously worn by greats such as George Best, Eric Cantona and David Beckham.

He said on Instagram: “I wasn’t sure if it would be possible to have the No7 shirt again, so I would like to say a huge thank you to Edi for this incredible gesture.”

In turn, Cavani has taken No27, which was vacated by Daniel James when he completed a move to Leeds on Tuesday. 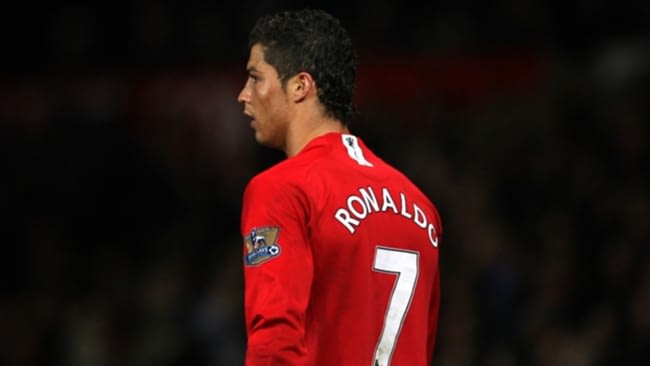