Salernitana are attempting to sign Franck Ribery and claim the arrival of the veteran winger could have the same impact as Diego Maradona’s move to Napoli.

Ribery, now 38, is a free agent after leaving Fiorentina at the end of last season.

The former France international is clearly past his peak, having won the Champions League with Bayern Munich eight years ago, but he still scored five goals and supplied nine assists in 50 Serie A games for Fiorentina – creating 70 chances and completing 117 dribbles.

Salernitana sporting director Angelo Fabiani believes bringing in Ribery would be a coup to rank alongside Napoli’s 1984 Maradona deal.

The late Argentina legend established himself as one of the greatest players of all time over seven years in Naples in the 1980s and early 1990s, winning the Partenopei’s only Scudetti in 1986–87 and 1989–90.

Ribery would not be expected to win games alone as Maradona was, though.

Salernitana have already landed one eye-catching signing in the form of Simy, the forward brought in on loan from Crotone after scoring 20 league goals last season.

His shot conversion rate of 31.75 per cent was the best of all players with 10 or more goals.

Fabiani feels Salernitana have such a strong squad, despite losing their first two matches of the season, that Ribery would merely be “the cherry”.

“It is true that there may be an interest in this player,” he told Radio Kiss Kiss Napoli. “But to make marriages you have to have two.

“We have the idea. To find an agreement, it takes days, continuous talks. It is not even an economic problem, it is a problem of feasibility.

“Salernitana may be interested, but the player’s agreement must also arrive.

“At Salernitana, there is not only Simy. We have a strong team with many players who are certainties. The squad is complete in all its departments.

“Then if a cherry comes on the cake like Ribery, it will all be worth it.

“Bringing Ribery to Salerno would be like bringing Maradona to Naples. The player would raise the global vision of football in a market like ours.

“The offer is there and the player is evaluating it. We are confident.” 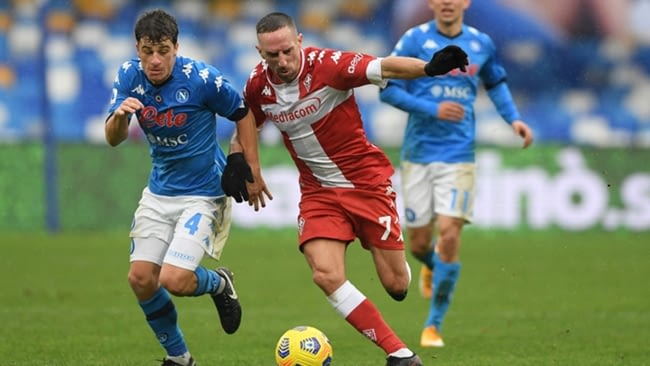