Kimi Raikkonen says he “wouldn’t change a single thing” about his Formula 1 career and does not expect to miss racing once he retires at the end of the season.

The 2007 world champion announced on Wednesday that this will be his final campaign.

Finn Raikkonen made his debut at the 2001 Australian Grand Prix and has gone on to start a record 341 races, winning 21 and finishing on the podium 103 times.

The 41-year-old Alfa Romeo driver insists he will walk away with no regrets.

Asked what his biggest strength as a driver is, he said: “I don’t know if I have one! I had a good run, I’m happy with what I achieved.

“Obviously you want to win and it’s not easy to win. I wanted to win a championship, I got close quite a few times and managed to win it with Ferrari, so happy that it happened, especially with them.

“But the rest, strength or not strength, I don’t care. I had fun and I did it my way, and I wouldn’t change a single thing even if I could, because otherwise then maybe we wouldn’t be sitting here today if you changed one thing along the way. No complaints – I cannot really complain.”

Raikkonen has not thought about what comes next – and is certainly in no rush to commit to anything other than his family.

He said: “No plans. I don’t want to have some schedule put on, because obviously the last 18, 19 years in F1, since I started, I did rally in those two years [away from F1 in 2010 and 2011], there was always a schedule, always what is coming next and what is this date and that date. So I don’t want that.

“That’s for sure one of the big reasons why I want to also do something else. Obviously, there’s other schedules: family, the kids’ schools and kindergartens and that stuff.

“But I don’t want the family life to be dictated by when is the next race or test or flight or next work. I’m not in a rush, and I’ve not even thought about it at all.

“Obviously I’ve known this situation for quite a while, so there’s always obviously opportunities to do this or do that, but right now I’m not interested to even think about it.”

He added: “Will I miss the racing? I don’t know. I’ve done it so long that I doubt that I’ll start to miss it that much.” 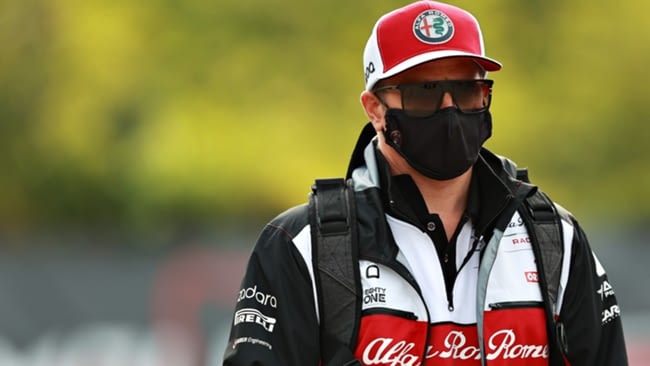