Williams star George Russell is set to be promoted
Toto Wolff has revealed only paperwork is preventing Mercedes from announcing their 2022 driver line-up, with George Russell expected to join Lewis Hamilton.

Much of this season has been dominated by talk around the second Silver Arrows seat, with the incumbent Valtteri Bottas under pressure from Russell.

Bottas finished third at the Dutch Grand Prix on Sunday to move up to third in the drivers’ championship, but Russell claimed his first Formula One podium in the previous race at Spa.

The Williams man – a junior Mercedes driver – is now expected to make the step up, with Kimi Raikkonen’s imminent retirement potentially opening space for Bottas at Alfa Romeo.

Alex Albon, who drove for Red Bull in 2019 and 2020 and remains on their books, has been linked with Russell’s Williams seat.

Asked after Sunday’s race if Mercedes’ next move could be confirmed as soon as next week, at the Italian Grand Prix, team principal Wolff told Sky Sports: “Yeah, I think there’s a pretty good chance – at least 50-50. The reason for waiting is the signature on the paper.”

First, however, Mercedes still have a fight on their hands this year, just ahead of Red Bull in the constructors’ championship but with Max Verstappen leading Hamilton in the drivers’ standings.

Red Bull’s superior pace was evident at Zandvoort, where Verstappen became the first Dutchman to win his home event.

“When [the other team] have the quickest car on track, whatever you try on strategy is difficult,” Wolff said.

“Credit to Max, credit to Red Bull, they were really faultless today.”

Of Monza, the Mercedes boss added: “I think [it will be] good. It’s so close together, and here Max was the quickest, his home track, you see the crowds.

“Monza is maybe going to be a bit of a different environment. We feel that we are still in the run for the championship.” 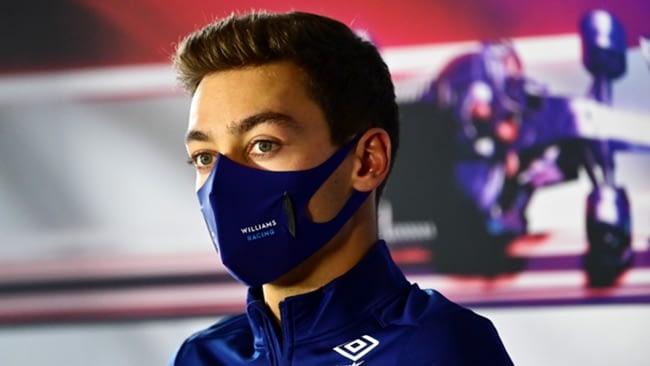