Despite going into Euro 2020 as many people’s favourites, France were knocked out on penalties by Switzerland in the second round, with Pogba seen in a lively discussion with Deschamps after the game.

Deschamps has been boss of France since 2012 and is set to lead his reigning world champions into next year’s World Cup, assuming they qualify.

Manchester United midfielder Pogba looks set to face Finland on Tuesday as France attempt to end a run of five successive draws – including the 3-3 thriller with the Swiss that was followed by the spot-kick sucker punch.

France had never before drawn five consecutive games, and they perhaps need a win to lift spirits.

Speaking about his post-Switzerland talks with Deschamps, Pogba told TF1 on Sunday: “It wasn’t hard-nosed. It was a discussion with frustration. But it was just that. There is nothing at all. It’s going very well with the coach.”

Pogba added: “We were disgusted with the Euro. But we want to get over that and move on. It really hurt us. When you think back to that match against Switzerland, nobody would have imagined that. We are the ones who lost the game. It was not Switzerland that won it.”

France led 3-1 against the Swiss but folded in the closing stages of normal time, and Pogba said: “If we replayed the game it wouldn’t be the same. We would certainly have changed the way we entered the field.”

Against Finland, Deschamps will be determined his team avoid another slow start.

France have surprisingly conceded the opening goal in each of their last five games, their longest such run since another run of five from November 2009 to June 2010, during Raymond Domenech’s reign as national coach.

They sit top of Group D but Finland, four points behind in second place, have two games in hand, making Tuesday’s clash in Lyon a significant game in how the campaign pans out. 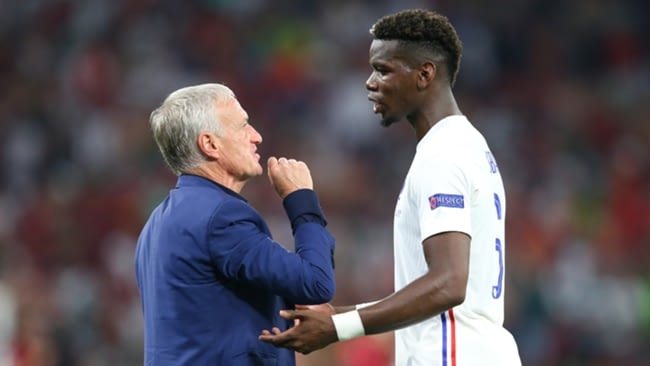