Barca outcast and Bosnia-Herzegovina international Pjanic will spend the season on loan with Besiktas following a poor campaign at Camp Nou.

Pjanic arrived at Barca in 2020 for a reported initial fee of €60million in a peculiar swap deal that saw Arthur go the other way to Juventus for an estimated €72m, but he failed to convince and fell down the pecking order in the second half of 2020-21.

After being frozen out by Koeman at Barca, Pjanic reflected on his time with the Spanish giants.

“The coach, yes,” Pjanic told Marca when asked if he was respected at Barca.

“I couldn’t get used to the situation I faced last year. I knew I didn’t want it. I’m a player. I love playing football, this is what makes me happy.

“I always wanted to play for Barca but I didn’t expect the situation to get so complicated.

“There was a point that I was playing less, things were getting complicated. And when I played it was difficult physically and mentally to be well, because it was killing my confidence, because I had no communication with [Koeman].

“It was very strange, because a coach is the one who says who plays and who doesn’t, but there are different ways to do things. I am a player who can accept everything but I would always like to be told things face to face. Not as if nothing happened and I was 15 years old.”

Pjanic played 30 games across all competitions but only 13 were starts, with just four of those coming after the turn of the year as Ronald Koeman’s lack of faith became ever clearer.

He did not score or assist a single goal all season, making him the only outfield player who played at least 170 minutes for the club last term to not have one goal involvement.

Pressed on what he thought the reason for Koeman’s snub was, Pjanic added: “I’ve honestly asked myself a lot of times, wondering what I did wrong. Maybe he didn’t like that I said I wanted to play more public.

“But any coach would say ‘okay, this is a competition and I like to hear that’. That might be it, but I’d have liked him to tell me to my face that I wasn’t for him. It didn’t exist though and I don’t understand him. It’s complicated because it’s the first time it’s happened to me and I’ve never seen behaviour like that before.”

Asked if he regretted joining Barca from Juve, Pjanic said: “No, never. Things happen in life, and I’ve always fought through my career. I’m ambitious, competitive, I’ve reached the level of Barcelona and Juventus.

“I know I can play for those teams, I just wasn’t given a chance.” 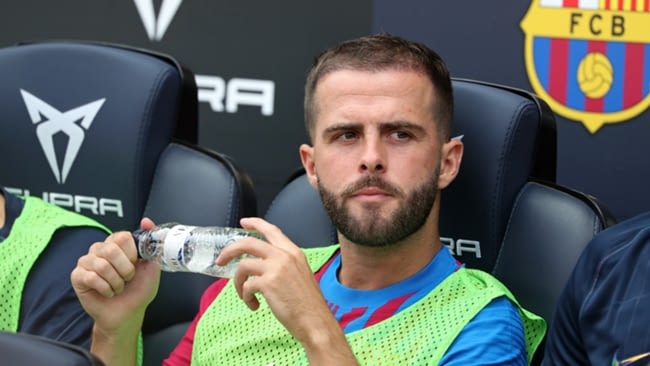