Thomas Muller and Manuel Neuer have been ruled out of Germany’s first match under new head coach Hansi Flick.

Bayern Munich attacker Muller has returned to his club for treatment on an adductor problem, which will see him miss the games with Liechtenstein, Armenia and Iceland over the next week.

Club-mate Neuer has missed training this week with a minor ankle issue, meanwhile, and will be replaced by Bernd Leno in goal for Thursday’s meeting with Liechtenstein.

But Flick, who took over as Germany boss following the exit of long-serving Joachim Low, is hopeful of having Neuer back for the visit of Armenia three days later.

“We assume that ‘Manu’ will be back for Sunday,” Flick said at a news conference on Wednesday previewing the Group J clash with minnows Liechtenstein.

“Everyone could see that he did not take part in practice. He won’t be available for the match against Liechtenstein and Bernd Leno will take his place.

“Thomas Muller will leave the camp. He’s got an injury to the adductors. This won’t heal fast enough for Sunday or next Wednesday.

“Wednesday could have actually worked out according to our doctor, but the risk was simply too high.

“He would not have been able to do a lot of work in practice which is why it makes sense to send him home. We have enough players on board and are able to replace him.”

Thursday’s match in St. Gallen will be Germany’s first without Low in charge since July 2006, the World Cup-winning coach having officially stepped down after his nation’s last-16 loss to England at Euro 2020.

He has more recently spent time in charge of Bayern and helped the Bavarian giants to seven major honours across two seasons.

The 56-year-old is now tasked with lifting Germany after a disappointing end to the Low tenure, which included a shock 2-1 home loss to North Macedonia in their most recent qualifier five months ago.

“I’m looking forward to my first international game and the responsibility for the nation,” said Flick, who has still yet to decide who will captain the side.

“During the first training sessions we saw exactly what we imagined. The team was active and showed enormous intensity and quality.

“What I liked was that they immediately tried to correct their mistakes, went into pressing straight after a lost ball. The whole coaching staff was extremely happy about that.

“Those are the things we want to see: a mentality on the pitch where you can see from the beginning that the team is giving everything they have for Germany.

“This is crucial for me. It was nice to see. That’s why we are totally convinced of this team.”

Flick is now an established manager in his own right, but he is open to taking inspiration from others as he embarks on his first managerial job on the international stage.

“All players have great coaches. Thomas Tuchel is doing exceptional work at Chelsea, Pep Guardiola at Manchester City, Marco Rose at Borussia Dortmund. I can name them all,” he said.

“All of them have an idea of football which is close to ours. We can implement certain parts in our game to improve. That is crucial. The communication with the coaches is top, I enjoy it very much.

“We adapt from time to time. The decisive thing is that everyone is open to our idea of football and what we want to play. I was able to see that during the training sessions we’ve had so far.”

Germany are third in Group J after three rounds of matches, level on points with North Macedonia and three points behind surprise pacesetters Armenia, with only the group winner guaranteed a place at Qatar 2022 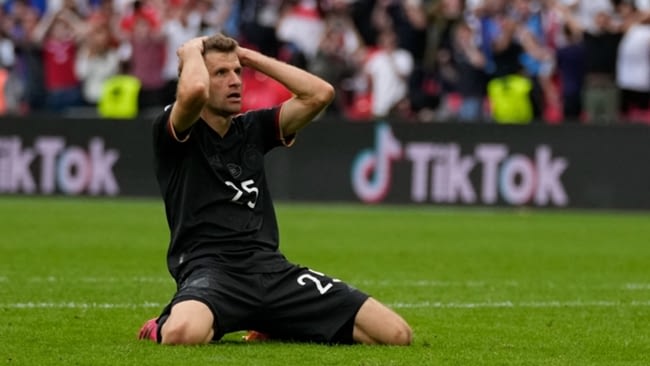