Cristiano Ronaldo (r) is the highest scoring player in men’s international football
Chelsea striker Romelu Lukaku is glad to see Cristiano Ronaldo back in the Premier League but will never compare his record to that of the Manchester United forward.

In the same week he completed a shock return to United, Ronaldo made history on Wednesday by becoming the all-time leading goalscorer in men’s international football.

Ronaldo scored a couple of late headers to earn his side a 2-1 World Cup qualifying win over the Republic of Ireland and surpass Ali Daei’s previous high of 109 goals.

The five-time Ballon d’Or winner’s 111 international goals have come from 180 appearances, an average of 0.62 goals per game.

That compares to 0.66 goals per game for Lukaku at international level, the 28-year-old having scored 66 times in 99 outings for Belgium in all competitions.

While Lukaku still has plenty of time on his side to potentially chase down Ronaldo’s ever growing tally, the prolific striker is not interested in individual accolades over team honours.

“I don’t have a goals number in mind, all that interests me is to win trophies,” he said at a news conference on Saturday previewing Belgium’s qualifier against the Czech Republic.

“I will never compare myself to Ronaldo – he is one of the three best players of all time. I am proud to have played against him and it’s good for English football he’s come back.”

He extended his lead at the top of the Red Devils’ all-time top scorers list, with Eden Hazard and Bernard Voorhoof second and third with 32 and 30 goals respectively.

Forty-nine of Lukaku’s international goals have come in his last 47 appearances, with 2014 being his most prolific calendar year as he netted 14 times in 14 caps. 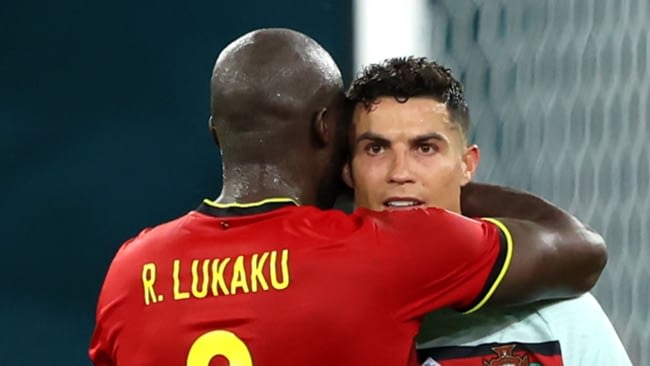