Australia made it nine World Cup qualifying wins in a row on the road to Qatar 2022 with a straightforward 3-0 triumph over China at the Khalifa International Stadium in Doha.

The Socceroos finished top of their group in the previous round and made a winning start to the third qualifying stage thanks to goals from Awer Mabil, Martin Boyle and substitute Mitchell Duke.

China had won their previous four qualifiers and managed to restrict their opponents to minimal opportunities in the opening quarter of the contest on neutral territory.

But Mabil acrobatically volleyed home to give Australia the breakthrough – the goal allowed to stand despite a high boot from the winger – and Boyle fired in a second from the edge of the box less than two minutes later.

Graham Arnold’s side had a penalty shout for handball turned down, but they had a third goal that their dominance deserved with 70 minutes on the clock.

Duke was on hand to tap home after Mabil was denied from one of his five shots on target – the joint-most of any player in a game in the 2022 Asian World Cup qualifiers – as he scored just 59 seconds after being introduced off the bench.

That was the fastest any substitute has scored in the Asian qualifiers since Tana Chanabut for Thailand after 36 seconds against the United Arab Emirates in October 2016. 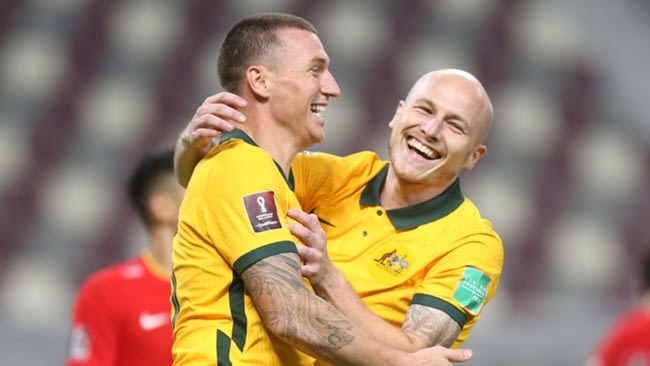