Our racing focus on Monday turns to the action at Perth
It is the second consecutive day that they are racing for a summer’s jumps card at Perth, one of the finest racecourses in Scotland.

The first race is at 1.45pm and the sixth and final contest will take place at 4.25pm. Here are five horses to follow across the meeting.

1.45pm – Auto Services Perth Ltd 24Hour Recovery Novices’ Hurdle (2m4f)
A first victory over hurdles came for RICH BELIEF last time out at Down Royal (2m4f) when he prevailed by just over five lengths. His jumping was not perfect, but he was still able to score with ease.

Karl Thornton’s runner is the highest rated horse in this novice contest, but he will be receiving weight from both Brief Ambition and Gripper. It looks a great opportunity for him to double his tally over obstacles.

2.20pm – Auto Services Perth Isuzu Novices’ Handicap Chase (3m)
BOLBEC was in contention at Killarney (2m4f) last month in a handicap chase when he suffered a crashing fall at the final fence. Prior to that outing, he had jumped well in his five previous appearances over fences.

The seven-year-old is now stepping up in distance and that should help John Hanlon’s runner as it will take a little pressure off his jumping. This remains very workable and gives him a good chance of recording his first chase success.

2.50pm – Auto Services Perth Maxus Novices’ Handicap Hurdle (2m4f)
It was a winning handicap debut for DO NO WRONG at Sedgefield (2m4f) last month as he took advantage of his lenient opening mark. He prevailed at the third time of asking under Rules in the UK.

The handicapper has given Justin Landy’s gelding a 6lb rise in the ratings. He can defy that hike as he won going away on his latest outing which indicates there is much to come from this horse.

LiveScore Selection: Do No Wrong

3.20pm – Auto Services Perth 40th Anniversary Handicap Chase (3m)
All six of AMALFI DOUG’s six victories under Rules have come at Perth, three of which have been over this C&D. He rarely runs a bad race at this course, as his form over the past couple of months indicates.

The Perth specialist should take some beating in this small-runner field off a mark which is still a long way off his best. 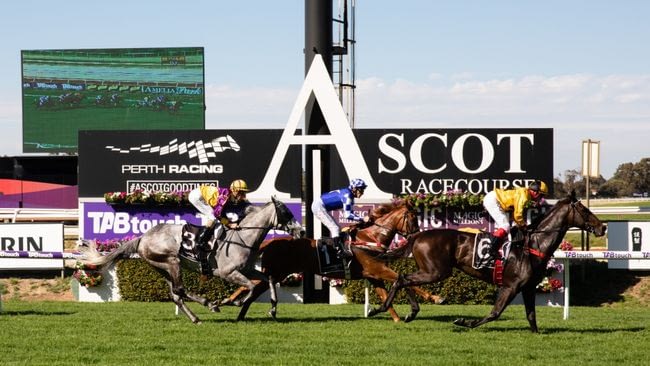