Lingard starred for the Three Lions on Sunday, scoring twice and setting up Bukayo Saka for a late header as Gareth Southgate’s men ran out 4-0 winners at Wembley in World Cup qualifying.

It ended a long wait for the United midfielder to score for his country, his last goals coming 1,022 days ago against Croatia in November 2018.

Lingard marked his first by mimicking the famous celebration of Ronaldo, who rejoined United from Juventus and could make his first appearance for the club in 12 years against Newcastle United on September 11.

“Me and Mason [Mount] were thinking about celebrations this week and obviously, we mixed my celebration with Cristiano’s and I said I’d do it if I scored,” Lingard explained to beIN SPORTS.

“It’s a little welcoming gift for him. He’ll settle in very quickly and it will help the team tremendously this season.”

Ronaldo’s arrival has threatened to limit Lingard’s game time at United even further. Although the Red Devils resisted attempts from interested clubs to prise Lingard away in the transfer window, the 28-year-old has only played four minutes under Ole Gunnar Solskjaer this season.

England boss Gareth Southgate believes Lingard will rise to the challenge of competing for game time alongside the formidable forward talent at United’s disposal.

“It wasn’t long ago that the numbers of English players in the league was low and we would have to pick players that weren’t regulars in their team or on loan. We picked Mason from the Championship so we have had to be creative,” he said.

“He has rebounded brilliantly in the last 12 months from a difficult period and he has shown today that he has got quality. It is not necessarily the quality of the opponent but it is performing with the quality of players that we have and stand out. That shows his level of quality.

“He has really good intelligence and works hard without the ball and presses well. Today, I thought he was the brightest spark, particularly in the first half as it was the type of game where those players who can manipulate the ball between the lines would shine more than others.” 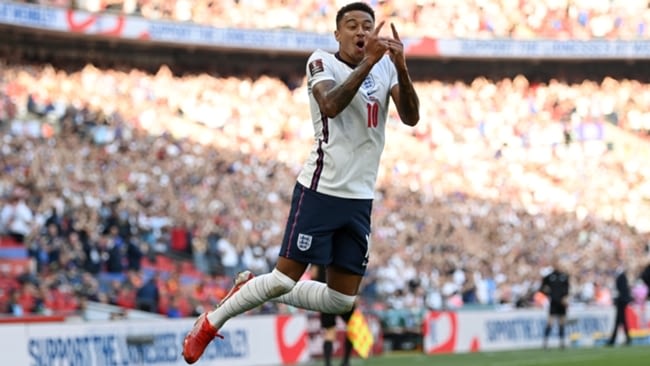