Leeds have completed the signing of Manchester United speedster Daniel James for £25million.

James, 23, will finally pull on the white shirt two-and-a-half years after a deadline-day move to Elland Road dramatically collapsed.

The Welsh winger had shot unveiling photographs with the club in January 2019 and was waiting at their training ground for confirmation of the transfer when Swansea pulled the plug on the switch.

It was an episode captured by Amazon Prime cameras as they filmed a documentary following Leeds’ fortunes that season.

He was subsequently snapped up by United six months later for £15m but has been deemed surplus to requirements at Old Trafford following Cristiano Ronaldo’s signing.

James has been handed a long-term deal at Leeds and will link up with Marcelo Bielsa’s squad after playing for Wales in the international break.

Leeds director of football Victor Orta was thrilled to finally land his man.

Orta said: “I have to say a huge thank you to my team firstly — the football department have been monitoring Daniel for a number of years and every member of my team has worked hard to get this deal over the line.

“It is no secret that Daniel is a player we have been keen to acquire for a number of years and today we achieved our goal.

“As a player we feel Daniel is an excellent fit for a Marcelo Bielsa team, he is quick, direct and works hard — we look forward to him joining up with the squad, finally!” 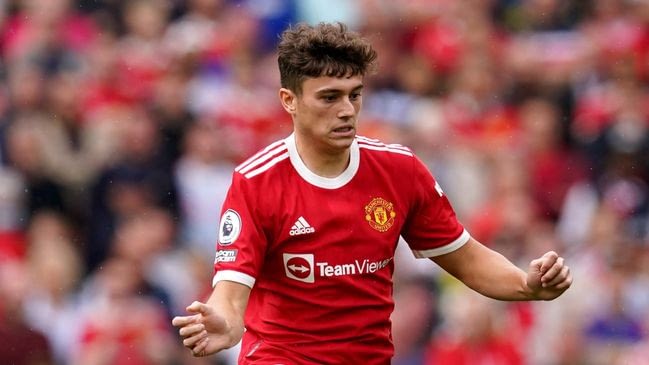