India have announced head coach Ravi Shastri is isolating after testing positive for COVID-19 during the fourth Test against England.

The Board of Control for Cricket in India (BCCI) issued a statement ahead of play on the fourth day of the game confirming Shastri will remain in the team hotel after undergoing further tests following the initial lateral flow result.

“They have undergone RT-PCR testing and shall remain in the team hotel and not travel with team India until confirmation from the medical team,” a BCCI statement read.

“The remaining members of the team India contingent underwent two lateral flow tests – one last night and another this morning. The members upon returning negative COVID reports were allowed to proceed for day four of the ongoing fourth Test at The Oval.”

India resumed on Sunday on 270-3 in their second innings, Rohit Sharma’s first Test century overseas helping them establish a 171-run lead over their hosts.

The series is level at 1-1 after England won by an innings at Headingley last time out. The fifth and final Test begins at Old Trafford in Manchester on Friday. 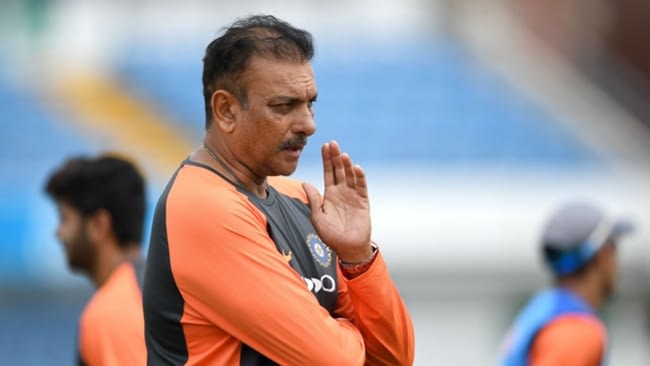