It was a tough first season in England for Donny van de Beek — and he faces another difficult battle to win a place at Manchester United this time around.

There was much excitement when the Dutchman, 24, joined from Ajax for £35million a year ago.

But he has failed to live up to the hype, rarely impressing when given the chance and falling way down in Ole Gunnar Solskjaer’s midfield pecking order.

Van de Beek has been dropped from the Netherlands squad but despite being linked with a move elsewhere, he still found himself at United when the transfer window slammed shut on Tuesday evening.

We look at the rise and fall of Van de Beek and assess whether he can still carve out a future at Old Trafford.

Ajax wonderkid
Van de Beek became one of Europe’s most-coveted players alongside several of his Ajax team-mates during their successful 2018-19 campaign, starting in almost every match.

He and fellow academy graduates Frenkie de Jong and Matthijs de Ligt were at the heart of stunning Champions League triumphs over Real Madrid and Juventus, whilst Van de Beek was also on target as they were eventually beaten by Tottenham in the semi-final.

Speaking around the time of the last-four tie, then Spurs manager Mauricio Pochettino singled the Dutchman out for praise over others. 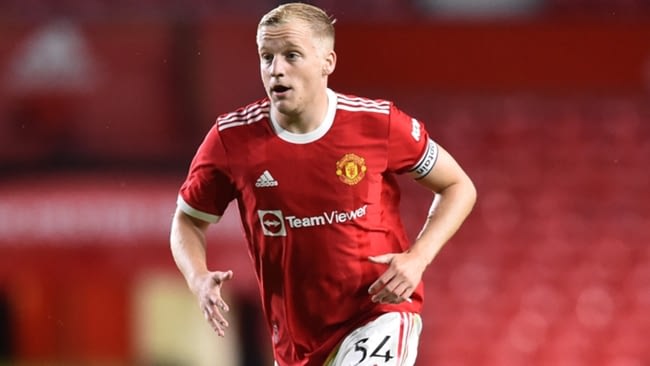