Lionel Messi (left) and Neymar (right) will play against each other for the seventh time
Two reunited team-mates will quickly become opponents again when Brazil face Argentina on Sunday.

Neymar and Lionel Messi — who played together at Barcelona for four years — are back on the same team after the Argentine joined Paris Saint-Germain this summer.

The pair formed one of football’s most iconic front threes with Luis Suarez between 2014 and 2017, and seeing two thirds of that partnership link up again has fans licking their lips with excitement.

But on Sunday, Messi and Neymar will be on different teams as they line up in their countries’ colours for a World Cup qualifier, the seventh time they have faced off.

It is also just 64 days since Messi’s Argentina were victorious over his old friend’s side in the Copa America final.

But what is their overall record against each other like and what is in store for Sunday’s clash?

Head-to-head record
In the six previous meetings between the duo, it is Messi who come out on top with four wins compared to Neymar’s two. 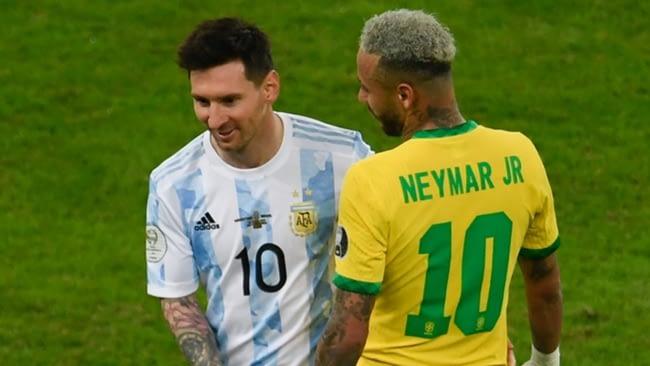