Ansu Fati will wear the iconic Barcelona No10 shirt this season
Lionel Messi’s exit left many questions for Barcelona to answer — not least who would take his iconic No10 shirt.

The legendary Argentine held the squad number for the best part of 13 years, all while cementing himself as one of football’s all-time greats.

Throw in all the other Barca legends to have worn the number at the Camp Nou before him and it is clear the successor would have big shoes to fill.

The man tasked with taking it on? Step forward Ansu Fati.

With Messi plying his trade at Paris Saint-Germain, we put Fati under the spotlight to assess whether the 18-year-old Spaniard can take on the mantle of being Barcelona’s new talisman.

A scenario no one wanted
Preparing for a time without Messi was something the Barca hierarchy thought they would not have to worry about for a little while longer yet.

But such is the disastrous financial situation they find themselves in, the unthinkable happened and the superstar sailed off into the sunset.

With the likes of Diego Maradona, Pep Guardiola, Rivaldo and Ronaldinho having all worn Barca’s No10 jersey, the club will have long known that the recipient would be taking on a huge burden.

If it was up to Ronaldinho, there would be no one new taking the shirt. Speaking earlier this year, the Brazilian said he hoped the number would be retired when Messi’s glorious run with the Catalan giants came to an end.

He said: “When Messi retires, which I hope will be in a long time, he can leave the No10 there and nobody will touch it again.”

But just as when the icons that came before Messi left the club, Barca must move on and allow a new legend to write himself into the history books. 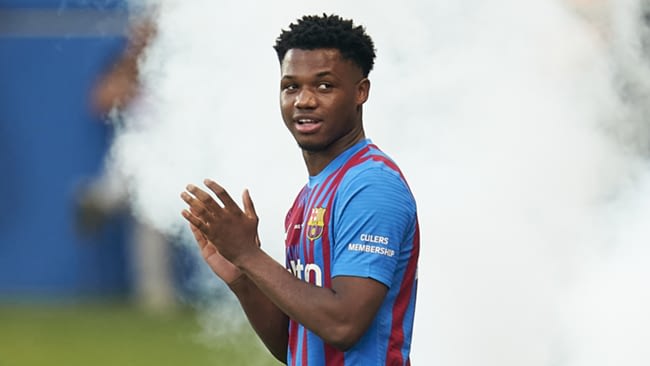