Lewis Hamilton knows strategy will be key in a “tough” Dutch Grand Prix at Zandvoort, having agonisingly qualified in second.

The tight confines of this track mean pole position is key, and it was home hopeful Max Verstappen who took it by 0.038 seconds – his seventh of the year and 10th in Formula One.

Hamilton has work to do then, and he does not have the benefit of past experiences at Zandvoort.

The Mercedes superstar is one of only three drivers on the grid who was born when the event was last in F1 in 1985, while he has not raced at this circuit since the 2005 F3 Euro Series.

Having broken down on Friday and missed a session, too, Hamilton’s knowledge of the likely race pace is very limited.

“I haven’t done any long running, so I don’t really know too much of what the track’s like with heavy fuel,” he explained in a news conference.

“I have no doubt it’s going to be tough tomorrow, just from watching these guys – I think Max and his team were quicker than us on the long run.

“It’s not a track that you can particularly overtake in, so it’s going to be [about] strategy tomorrow and how you can utilise the tyres.”

Zandvoort became just the fourth of 34 tracks Hamilton has raced at in F1 without taking pole, but he still enjoyed the experience.

“What a track,” he said. “Wow. It is absolutely incredible driving this track, with the banked corners, and today was one of the sessions I’ve enjoyed most.

“Qualifying here is just phenomenal with the light car. [It was] so close at the end, but obviously yesterday didn’t help. I’m glad we got back to where we needed to be today.”

Further improvement and a victory on Sunday would make Hamilton the first man to reach 100 F1 wins, but Verstappen is chasing history of his own.

Having last week, at the Belgian Grand Prix, become only the second Benelux driver to win in the region, he could now break new ground as the first Dutchman to celebrate a home victory.

Verstappen acknowledged the importance of his qualifying performance but forecast challenges ahead.

“It’s still very difficult to pass around here,” he said. “Even in qualifying, everyone was trying to find a gap, not like some other tracks where everyone’s trying to find a tow. I do think it’s going to be tough.

“But also it’s quite tough on tyres around here with all the high-speed corners, so it’s not a very straightforward race. There are a lot of laps around here.

“Of course, it’s important to be up front.” 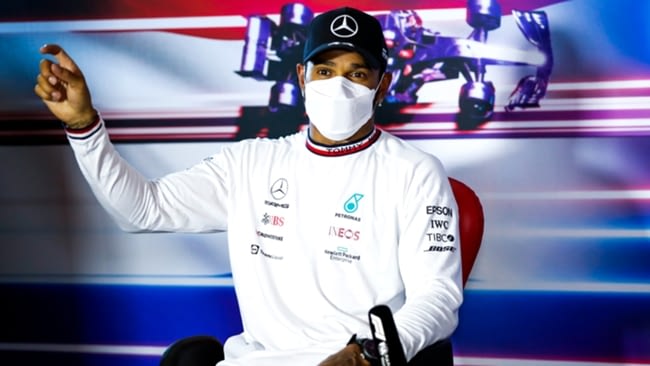