Antoine Griezmann says he gave everything for the Barcelona shirt and is upset his time at the club came to an abrupt end after completing a return to Atletico Madrid.

The France international rejoined Atletico on an initial loan with an obligation to buy on Tuesday after spending just two years at Camp Nou.

Barcelona spent €120million to sign Griezmann from LaLiga rivals Atleti in 2019, but the 30-year-old never managed to recapture his best form in Catalonia.

Former Real Sociedad attacker Griezmann made his 100th appearance for Barca in all competitions two weeks ago and targeted another century of games for the club.

But he went on to appear just two more times for Barca before finalising a deadline-day return to the Wanda Metropolitano.

Commenting on the transfer for the first time on Wednesday, Griezmann took to social media to thank Barcelona fans for their support over the past two years.

“Dear Culers. I say goodbye thanking you for your love,” he posted on Twitter. “I gave everything for this shirt.

“I have been involved with this great club and I am sad that I could not enjoy more of you in the stands, but proud to have been one of yours. Visca Barca!”

Griezmann’s Barca career may have been largely underwhelming, but only Lionel Messi (85) – who departed for Paris Saint-Germain last month – has been directly involved in more LaLiga goals for the Blaugrana than the Frenchman’s 29 since his debut in September 2019.

He had started in all three of Barca’s LaLiga fixtures so far this season, too, but had failed to score, provide an assist or even create a chance in those appearances. 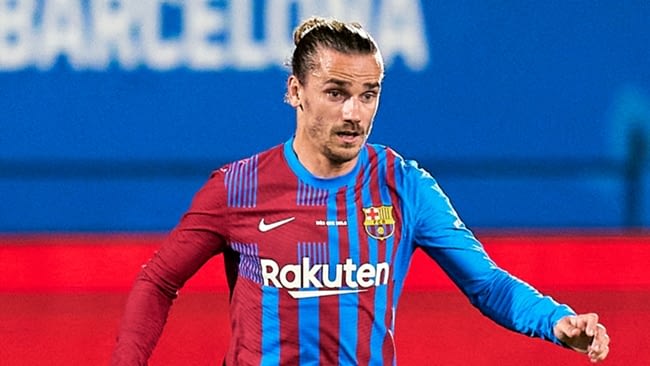