Germany coach Hansi Flick
Hansi Flick was delighted to see Germany show their “enormous quality” as they hammered Armenia 6-0, though Serge Gnabry felt the victory could have been more emphatic.

Germany moved to the top of World Cup qualifying Group J in style in Flick’s first home game in charge on Sunday.

Gnabry scored twice in the first 15 minutes before goals from Marco Reus and Timo Werner put the game beyond all doubt by half-time.

Jonas Hofmann and debutant Karim Adeyemi rounded off a rout that thrilled head coach Flick, who was quick to urge his side to stay focused ahead of Wednesday’s clash with Iceland.

“I liked this game but on Wednesday we still have a game in Iceland, so the team can be happy with their performance but we have to stay focused,” Flick told RTL.

“We have seen that this team has an enormous quality, but what is important is to deliver when it counts.”

Flick has won his first two games in charge of Germany, registering a plus-eight goal difference – the best start amongst all Germany coaches after their opening two fixtures.

In UEFA qualification for the 2022 World Cup, only Belgium (10) have scored more first-half goals than Germany (eight), with Gnabry’s quick brace leaving Armenia with a mountain they never looked like climbing.

“Compared to the game in Liechtenstein we were more efficient, but we still missed a few chances, we could have scored more goals,” said Gnabry.

“Against Liechtenstein, we had taken three points, but today we are taking the extra euphoria to go to Iceland.

“Obviously, having led quickly worked in our favour. My two goals are a good feeling when you score and you can help the team.” 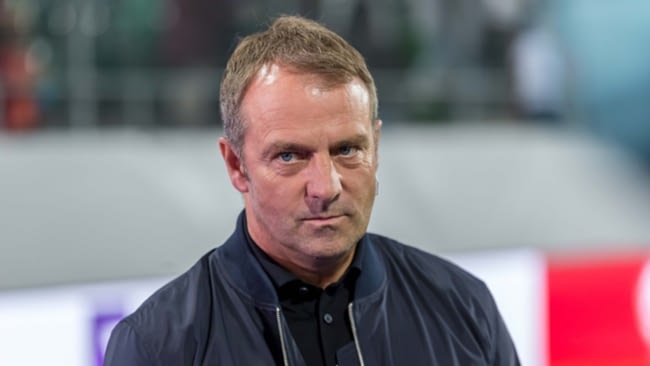