FedEx Cup leader Patrick Cantlay ended the opening round of the Tour Championship two shots clear of world number one Jon Rahm in the season finale.

Under the new FedEx Cup play-off format, Cantlay’s third PGA Tour title of the season ensured he started the 30-man Tour Championship with a two-stroke advantage at 10 under, ahead of Tony Finau.

Cantlay maintained that lead on Thursday thanks to a three-under-par 67 at the lucrative season-ending event in Atlanta, Georgia.

The American golfer birdied the last to finish with four in total for the day, having dropped a shot at the fifth during his front nine.

FedEx Cup hopeful Rahm matched the round of the day with his five-under-par 65 – the Spanish star recording birdies at his final two holes to earn outright second position, ahead of Harris English (66) and DeChambeau (69) at eight under.

English had a day to remember after his hole-in-one at the par-three 15th hole, the American’s second on the PGA Tour and first since 2018.

With his ace-birdie-birdie run from the 15th to 17th, English – seventh in the rankings – became the first player to cover that stretch of three holes in four-under par in a round at East Lake during the Tour Championship.

Rory McIlroy – a two-time FedEx Cup and Tour championship winner – made a hot start but faded in a two-under-par-round of 68.

McIlroy was flawless with three birdies on the front nine, however, three bogeys to go with two birdies after the turn left the former world number one nine strokes behind Cantlay. 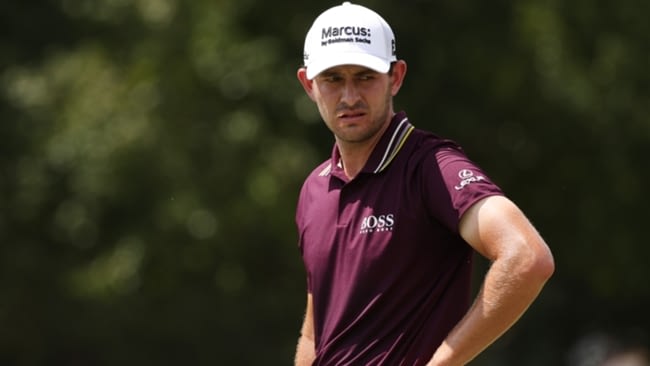