The 30-year-old has recorded centuries in all three Tests, which is tied at 1-1 ahead of the fourth match at The Oval this week, aggregating 507 runs at an average of 126.75.

Root was fifth on the list at the start of the series but his form throughout 2021 has seen him overtake Virat Kohli, Marnus Labuschagne, Steve Smith and previous number one Kane Williamson to lead the way for the first time since December 2015.

Kohli has slipped out of the top five, with Rohit Sharma overtaking his team-mate with his highest ever position.

The 916 ranking points accrued by Root is one below his career-best aggregate from August 2015 and has been bettered by only four other England batsmen – Len Hutton, Jack Hobbs, Peter May and Denis Compton

“Obviously it’s a nice thing to hear,” Root said. “I’ve got to keep trying to score in this series and get us over the line.

“As nice as it is, there is still so much hard work to do. Our focus does not change. I’m obviously proud to have achieved this and I’d like to stay there now by playing like I am.

“Hopefully the form of my life is still to come, but I do feel very good at the minute. I’ve got to stay focused now.”

In bowling terms, Root’s England team-mate James Anderson has moved back up to number five in a list led by Australia’s Pat Cummins.

England levelled their five-match series with India thanks to an innings victory in the third Test at Headingley last week.

All-rounder Moeen Ali has been confirmed as England’s vice-captain for the fourth Test after Jos Buttler was given a paternity break ahead of the arrival of his second child. 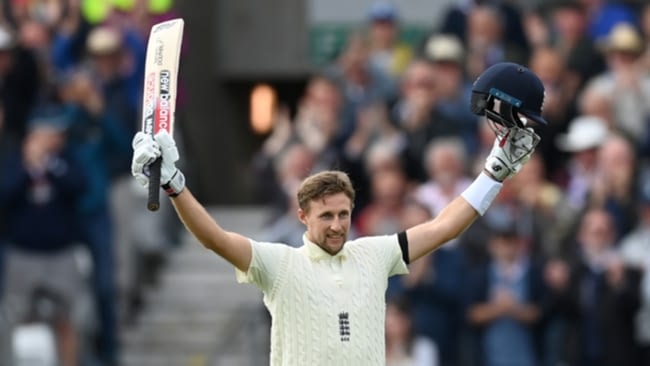