El Salvador’s Ronald Rodríguez and USA’s Gio Reyna vie for the ball
Nearly four years after the infamous loss to Trinidad and Tobago that saw the United States fail to qualify for Russia 2018, a young USA side opened the final round of 2022 World Cup qualifying with a 0-0 draw at El Salvador on Thursday.

It might not have been a scintillating performance for a side coming off Gold Cup and CONCACAF Nations League triumphs, but the USA will take it after opening their 2018 qualifying campaign with successive losses.

Nine players in the USA starting line-up were making their first appearance in a World Cup qualifier, with DeAndre Yedlin and Tim Ream the only exceptions, but the group did not appear rattled on the road.

USA had a tantalising chance after eight minutes when Miles Robinson got free behind the El Salvador defence on a Gio Reyna free-kick, but saw his header sail over the goal.

El Salvador’s best opportunity of the first half came in the 33rd minute when California-born Alex Roldan cut in from the left after a short corner and curled a ball over USA goalkeeper Matt Turner that grazed the top of the crossbar.

The home side had a chance to take the lead in the 57th minute, as Turner had to dive to his left to save a header from Eriq Zavaleta off a corner from Marvin Monterroza, the first and only shot on target for El Salvador.

Weston McKennie had a clear header in the 72nd minute, however the USA and Juventus midfielder could not put home Reyna’s cross, one of several missed opportunities for the visitors.

The result snapped the USA’s nine-match winning streak, but they still have suffered only one defeat in their last 20 games dating to November 2019, a 2-1 friendly loss at Switzerland in May. 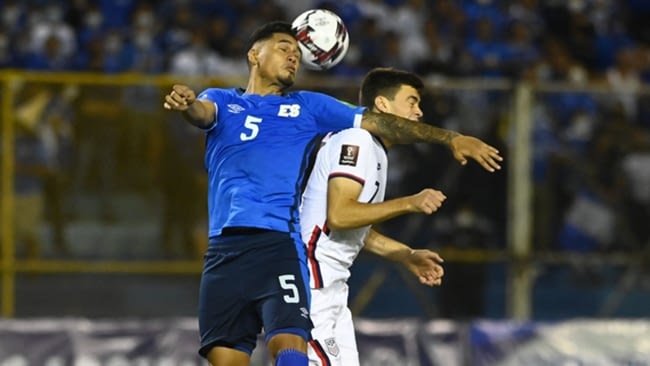