The Brazil international is into his fifth season with City and is now under contract until the end of the 2025-26 campaign.

Ederson has been a regular under Pep Guardiola since arriving at the Etihad Stadium from Benfica in June 2017, making 195 appearances for the club in total.

He has kept 94 clean sheets and won every domestic honour available, a haul that includes three Premier League titles, four EFL Cups and one FA Cup.

Former Rio Ave stopper Ederson had another four years to run on his previous contract, but City announced on Wednesday they had tied down their undisputed first-choice keeper for a further 12 months.

He said: “This was an easy decision for me. There is nowhere else I’d want to be.

“To be part of one of the best squads in world football and to compete for trophies year in year out is what every footballer wants, and that is the opportunity you’re given at City.

“We have an outstanding manager. Working with him has been one of the great experiences of my career and I am a better player for it.

“We have achieved so much in the last four years, and I am confident we can continue to bring more success to the club in the coming seasons.”

Ederson is the fifth senior player to agree fresh terms with City this year, following in the steps of Kevin De Bruyne, Fernandinho, John Stones and Ruben Dias. 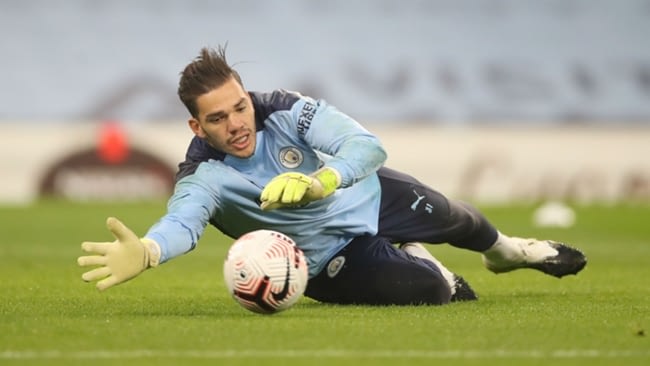