France have drawn their last five games under Didier Deschamps
Didier Deschamps insists he has no concerns over the atmosphere in the France camp after his side’s winless run continued with a 1-1 draw against Ukraine.

Les Blues suffered a shock Euro 2020 exit at the last-16 stage in June following defeat to Switzerland on penalties and have now drawn five games in a row for the first time ever.

However, the reigning world champions are still in a strong position to qualify for Qatar 2022 and Deschamps has refuted suggestions there are some issues behind the scenes.

“You have external impressions which are not the same as from the inside,” he told Telefoot. “There really is no problem on this side of things.

“I can assure you the group is concentrated, even if we are in a period with less success. Everything is linked in terms of confidence and success.”

Despite having 61.5 per cent of the ball and managing 16 shots, five of which were on target, Deschamps’ men could not find a winning goal.

France have now conceded the opening goal in five consecutive matches, their longest such run since the days of Raymond Domenech from November 2009 to June 2010.

“The opponents offer us the same pattern in front of goal with group blocks,” Deschamps added.

“We have the annoying habit of chasing after the score now. There are times like that, you have to accept it.”

France are four points clear of second-placed Finland in Group D, though their next opponents have two games in hand.

Ahead of Tuesday’s clash between the sides in Lyon, France striker Karim Benzema accepts it is down to him and his team-mates to take the game to Finland if they are to return to winning ways.

“There is nothing to worry about,” he told Telefoot. “We have to set the pace and manage our efforts. It is up to us to set the speed.

“If we keep the ball behind, we have to play fast and vertical passes to hurt the opponent. We have the players needed for that. We can’t fall into the pace set by the opponent.

“We need to enter the field with the desire to win.”

The match at Groupama Stadium will be an emotional occasion for Benzema, who spent 12 years at Lyon before joining Real Madrid in 2009.

“It’s very special. I have not yet played in this stadium,” Benzema said. “Coming back to my city, where it all began for me, is special.” 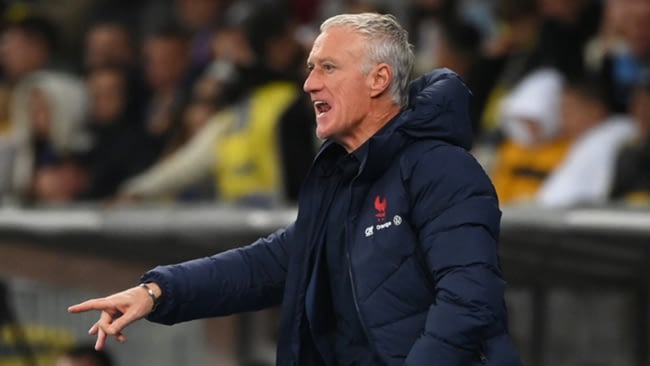