Orbelin Pineda converted a penalty in first-half stoppage time and it proved to be enough on Sunday as Mexico made it two wins from two games in the Octagonal section of qualifying on the road to Qatar 2022.

Mexico head coach Gerardo Martino did not travel to Costa Rica after undergoing eye surgery and assistant Jorge Teller deputised in the absence of the former Barcelona and Argentina boss.

El Tri were underwhelming in their opening 2-1 win over Jamaica and they made another timid start on the road – Mexico goalkeeper Guillermo Ochoa forced into a save to deny Costa Rica captain Bryan Ruiz.

Mexico had a great chance to break the deadlock three minutes later in the 18th minute after Rogelio Funes Mori found himself in a one-on-one situation with Keylor Navas, who thwarted the forward from close range.

Visiting Mexico did draw first blood on the stroke of half-time – Pineda scoring from the spot after Bryan Oviedo was penalised for a foul on Andres Guardado.

Costa Rica continued to push numbers forward and almost salvaged a point at the death, however, Keysher Fuller’s 92nd-minute effort rattled the woodwork. 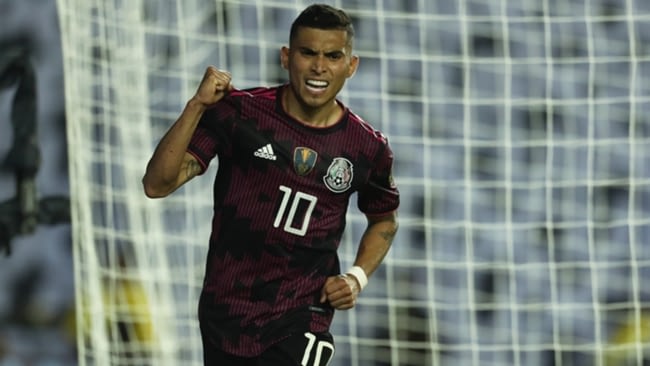