Chelsea have been charged by the Football Association (FA) with failing to control their players during Saturday’s Premier League meeting with Liverpool.

The charge relates to two incidents following referee Anthony Taylor’s decision to send off Reece James and award Liverpool a penalty in first-half stoppage time after the defender was adjudged to have purposefully used his hand to block a shot on the line.

Chelsea’s players reacted angrily, with defender Antonio Rudiger and goalkeeper Edouard Mendy booked for their protests, and the fallout continued after Taylor blew for half-time.

The Blues have been charged with two breaches of FA Rule E20.1 and have been given until Friday to respond.

Chelsea led at Anfield through a Kai Havertz header when Taylor awarded the penalty following a check of the pitchside monitor, with Mohamed Salah successfully converting to earn Liverpool a 1-1 draw. 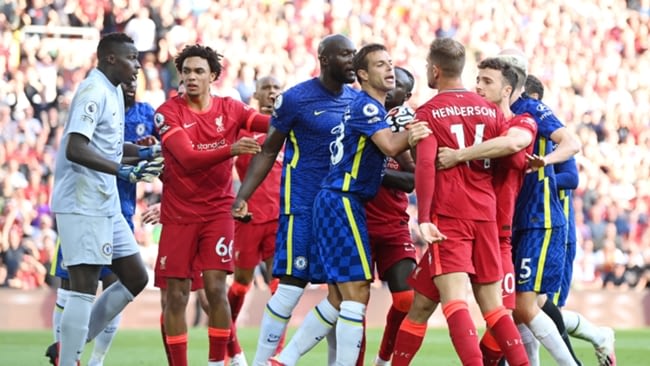