In an absorbing battle for pole position in the finale of golf’s lucrative FedEx Cup play-offs race, Cantlay birdied the sixth sudden-death hole to upstage DeChambeau in Maryland on Sunday.

Cantlay (66) had drained a long-range birdie putt on the 18th hole to force a play-off with DeChambeau (66) after the pair finished 27 under through regulation at Caves Valley Golf Club.

The duo traded clutch putt after clutch putt in the play-off before Cantlay prevailed, becoming the only player with three victories on the PGA Tour this season.

Cantlay will now head to East Lake as the FedEx Cup play-offs leader – the American will start the 30-man Tour Championship 10 under, while DeChambeau will begin seven under in third, a stroke behind second-placed Tony Finau.

The win also marked the first 54-hole leader/co-leader to go on to win on Tour since Phil Mickelson at the US PGA Championship – a span of 14 events.

“I just tried to stay in my own little world. When the reporters asked me this week, ‘Are they going to get to 30-under?’ I didn’t think so but I felt like it today,” said Cantlay.

“My game feels really good, it has for a while now since the Memorial. I’m finally starting to putt like me again and it’s really nice.”

The final round started with Cantlay and DeChambeau tied for the three-stroke lead and the pair extended that advantage to four shots by the end of 72 holes, ahead of Im Sung-jae (67).

The former world number one will be seeded 16th for Thursday’s decisive event.

Reigning FedEx Cup champion Dustin Johnson (66) – 15th in the rankings – finished in a tie for sixth alongside Sergio Garcia (69), a shot behind Erik van Rooyen (65).

Alex Noren (66) and Abraham Ancer (71) closed out the event 18 under, though the former still missed out on a top-30 berth at East Lake. 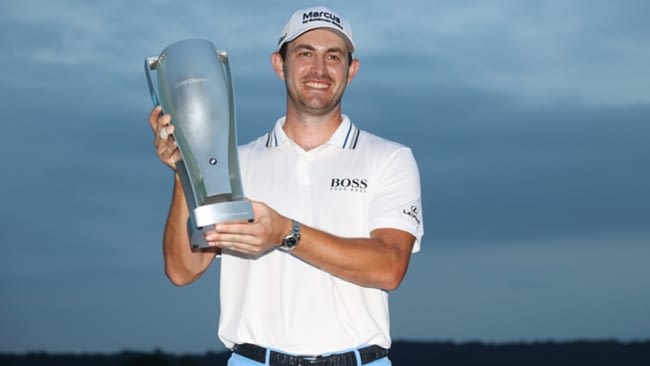