Chelsea striker Lukaku and former Blues forward Eden Hazard rampaged almost at will, with both getting on the scoresheet in a comfortable qualifying win for the Group E leaders at the King Baudouin Stadium in Brussels.

The Belgians remain top of the FIFA world rankings despite their quarter-final defeat to eventual winners Italy at Euro 2020, and this was a reminder of how they got there.

A two-goal cushion by half-time meant they were largely on cruise control afterwards, with Alexis Saelemaekers grabbing their third goal midway through the second period.

Adam Hlozek saw an early firecracker of a shot deflect wide for a corner off Jason Denayer, before Belgium’s big guns did their damage.

The Czechs were caught out by Lukaku in the eighth minute as he ran in behind their defence to meet a precise pass from Hans Vanaken and finish coolly with his left foot into the bottom-right corner.

That was his 67th international goal and it was hardly a secret he would present the biggest threat to the Czech goal. Before half-time he had headed another chance over, thrashed a powerful shot that Tomas Vaclik parried away well, and scooped an 18-yard strike 10 yards over the crossbar.

Hazard had laid on each of those chances, and in the 41st minute the Real Madrid forward got the second goal himself, with a pass from Youri Tielemans cleverly helped on with a backheel by Vanaken into Hazard’s path, and he toed the ball low beyond Vaclik.

A third goal arrived in the 65th minute as substitute Saelemaekers applied the finishing touches after sensational flicks from Hazard and Lukaku freed him to shoot.

That came moments after Hlozek almost cut the deficit with a thumping shot that Thibaut Courtois tipped behind, and the third goal truly killed the contest.

An over-eager Lukaku was booked for hacking down Filip Kasa while chasing giddily after the ball, before he was roared off the pitch 10 minutes from time, replaced by Michy Batshuayi for the closing stages.

What does it mean?

Belgium are not home and hosed yet, but a six-point cushion at the top of their group means Qatar 2022 will surely see this team grace its stage. There was no Kevin De Bruyne tonight of course, absent due to his ankle injury, but he was hardly missed. The Czechs are facing a challenge for second place, notably from Wales, who sit one point behind them with two games in hand. Those two sides meet in October, with Gareth Bale the man the Czechs must watch.

It was a night where these two were imperious, and you were left to wonder how they might have combined at Stamford Bridge if Lukaku’s first Chelsea spell had worked out. Lukaku had a game-high six shots and hit the target with four of those, while Hazard played seven key passes. It is a joy to see him back fit and on form, and Real Madrid boss Carlo Ancelotti would have enjoyed this show.

Leicester City’s Tielemans and West Ham’s Tomas Soucek have been two of the outstanding Premier League midfielders over the past 12 months, and they went head-to-head here, with the Belgian taking the honours. Both men led their team in terms of the most passes played (Tielemans 71, Soucek 70) and touches taken (Tielemans 83, Soucek 81), and it was in winning the ball that Tielemans came particularly good, winning seven of his nine duels to Soucek’s five of 12. His passing accuracy was higher too – 90.1 per cent to 84.3 per cent – on a fine night for the Belgians.

Belgium must travel to Kazan, the temporary home of Belarus, for their next qualifier on Wednesday. The Czechs do not have another qualifier in this international break, and instead they will play Ukraine in a friendly on Wednesday in Prague. 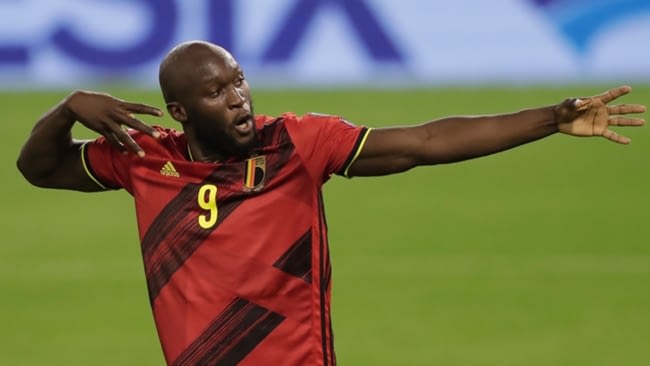