World number one Ash Barty said her serving struggles are “not a concern” after advancing to the US Open third round.

Barty continued her quest for a third grand slam title and first US Open crown with a 6-1 7-5 win over teenage prodigy Clara Tauson on Thursday.

Reigning Wimbledon champion Barty hit 33 winners and fired down 11 aces to see off the 18-year-old on Arthur Ashe Stadium in New York.

Barty, though, had to stave off a late challenge just like the top seed did against Vera Zvonareva in the opening round.

After she faltered to serve out the match at 5-4 in the second set of her victory over Tauson, Barty said: “It’s happened a few times, but I have won 40-odd matches [this year] and it hasn’t happened a lot.

“It’s just a few of those games I haven’t been able to get up and hit my spots on first serves.

“When you give good players looks at second serves, you’re going to get hurt. It’s simple as that. It’s not a concern.”

“Credit to her, she was a little bit more aggressive in that second set. I got a little bit passive and just let my energy drop and allowed her back in.

“We’ll go back and have a chat about the matches and, once we get back on the practice court, try and fix a few things up, trust myself and trying to continue to play how I want to play.”

Next up for Australian star Barty is either 2020 US Open quarter-finalist Shelby Rogers or Sorana Cirstea. 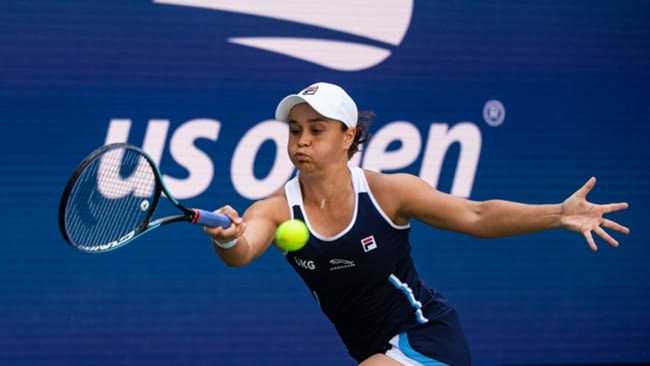