Arsenal’s Granit Xhaka has tested positive for coronavirus while on international duty with Switzerland.

The Swiss team confirmed on Wednesday that the midfielder – who was sent off in Arsenal’s 5-0 hammering at the hands of Manchester City last weekend – was in isolation after returning a positive PCR test result.

Xhaka, who is Switzerland’s captain, showed symptoms early on Wednesday, ahead of his country’s friendly against Greece,

An initial test came back negative, but a subsequent PCR test confirmed a positive result. Xhaka will have another test on Thursday.

It was confirmed he had no contact with his team-mates throughout Wednesday and the team doctor deemed no further measures had to be taken as all the other players were either all vaccinated or had previously had COVID-19 and recovered, though a member of staff had to go into quarantine.

Xhaka impressed for Switzerland at Euro 2020 but has failed to bring that form into the Premier League season, with Arsenal losing all three of their games so far.

Mikel Arteta’s side sit bottom of the table heading into the clash with Norwich City following the international break, though regardless of Xhaka’s mandatory quarantine period, the midfielder is facing a three-match suspension so will not be involved. 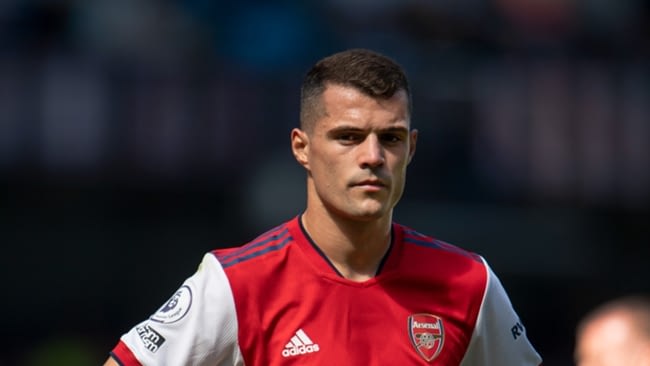